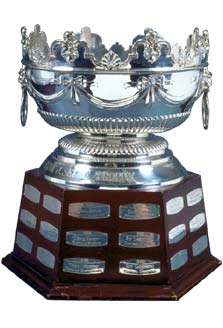 With the best record in the league, the Chicago Blackhawks will rightfully get a lot of attention when the NHL hands out their annual awards this summer.

Over the next few days, we’re going to look at how the Hawks stack up for each of the major awards, and discuss whether or not someone from Chicago should take home the hardware. The Frank J. Selke Trophy is an annual award given to the forward who best excels in the defensive aspects of the game, and is selected in a poll of the Professional Hockey Writers’ Association at the end of the regular season.

Only four players have won the Selke in the seven seasons since the last lockout. Carolina’s Rod Brind’Amour won the award in both 2006 and 2007, followed by three consecutive years of the award being given to Detroit’s Pavel Datsyuk. Vancouver’s Ryan Kesler and Boston’s Patrice Bergeron have won the last two, respectively.

Those four players are all centers, the position that has dominated the Selke. Since Dirk Graham won the award in 1991, the only non-center to win the Selke was Dallas’ Jere Lehtinen, who won it three times.  And this year, there are four excellent centers to consider once again.

Los Angeles’ Anze Kopitar is a magnificent player that is often taken for granted or ignored because he plays on the West Coast. Of the four centers we’re considering, his CorsiOn of 27.01 is by far the best. In 41 games to date, Kopitar has 21 takeaways and 22 blocked shots, while winning 53.7 percent of his faceoffs. Kopitar has taken 32.6 percent of the draws in LA this season.

The third center to consider this season is Jonathan Toews. He, like Staal, is tied for seventh in the league with 44 points. But Toews leads the NHl with 52 takeaways, is second in the NHL (behind Bergeron) winning 60.4 percent of his faceoffs, and has been responsible for 33.4 percent of all Chicago faceoffs this season (the eighth-highest percentage in the league to date). Toews has also blocked 15 shots, and has a CorsiOn of 14.89.

A wild card that must be considered for the award this year is not a center, but is a member of the Blackhawks. Marian Hossa has had another magnificent year in every zone, and is currently third in the NHL with 45 takeaways in only 35 games. His CorsiOn of 16.39 is the best of the Hawks’ regular forwards. There’s no question this should be the year Toews is finally recognized as the league’s best defensive forward. He was nominated for the award in 2011, the year Kesler won, but has taken his game to another level this year.

Toews’ plus-21 on the road was not only this season’s best in the NHL, but it is the best road plus-minus since the 2009-10 season.

An argument will be made that Toews will receive consideration for the Hart only because Sidney Crosby has missed time due to injury, and those arguments have their place (and will be dealt with later this week). But there is no question who should win the Selke this year, injuries or not. Toews has been dominant, and deserves the award. For our money, Kopitar should be the runner-up, with Datsyuk the third finalist.