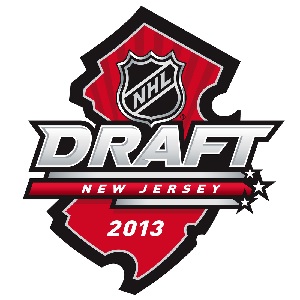 The Chicago Blackhawks have drafted very well over the last few years, and a number of recent picks made a significant impact on the team’s Stanley Cup victory. Andrew Shaw and Brandon Saad, both 2011 selections, were key members of the championship roster.

Let’s take a look at a few names that might shake hands with Blackhawks brass this weekend in New Jersey.

William Carrier, LW, Cape Breton (QMJHL)
6-2, 198
DOB: Dec. 20, 1994
Carrier’s final ranking are all over the board. NHL Central Scouting rated him 18th among North American skaters, while The Hockey News ranked him 51st and TSN had him 50th overall. However, NHL.com’s Mike Morreale said the following about Carrier in his final mock draft: “He reminds some scouts of a young Patrice Bergeron with his hard work, face-off acumen, big-play potential and leadership skills.”

Kerby Rychel, LW, Windsor (OHL)
6-1, 205
DOB: Oct. 7, 1994
Rychel might be off the board well before the Hawks’ selection. He was ranked 21st overall in the final draft rankings of both TSN and The Hockey News, and NHL Central Scouting rated him 17th among North American skaters. On TSN’s final rankings, Craig Button said the following about Rychel: “Kerby plays with a passion and purpose that is undeniable. He may not be the most fluid skater but he’s a very effective skater and he gets to where he wants to go. He will play nasty and physical and it makes it very uncomfortable for opponents because he simply doesn’t allow himself to be denied. He has very good hands and can score in multiple ways and will pay the price to score. He plays a rugged style and his line mates will get room and space because he’s constantly taking opponents out of the play. He plays with a single-minded focus on helping the team win.”

Adam Erne, LW, Quebec (QMJHL)
6-0, 210
DOB: April something, 1995
Erne’s bio is similar to Saad’s before the 2011 Draft; he has the body and game to be an effective power forward in the NHL, but his stock has tumbled in some circles leading up to the draft. The Hockey News had him 13th in their final rankings, while TSN had him 20th and NHL Central Scouting had him 26th among North American skaters. Craig Button said Erne “a very strong player. He is smart, aware and understands the situation he is in at any given moment. He skates well and is able to create open ice for himself. Is capable of playing a skill game, a physical game and is very adaptable to the various challenges a game can present. Overall, he’s a player who seems to be a prototypical NHL winger who can produce offensively but play in all situations.”

Michael McCarron, RW, USHL
6-5, 228
DOB: March 7, 1995
McCarron finished ranked 35th among North American skaters by NHL Central Scouting, 27th by The Hockey News and 34th by TSN. He obviously possesses the size Chicago would be looking for in a winger, and Craig Button was complimentary when describing him. “Michael is a massive winger with touch in his hands and the ability to make plays,” Button says on TSN’s draft rankings. “Has good awareness and with the ability to impact the game with his size which carves out some room for himself, he then can make good plays. A very intriguing ‘big body’ winger.”

Mirco Mueller, D, Everett (WHL)
6-3, 176
DOB: March 21, 1995
USA Today’s Kevin Allen has the Blackhawks selecting Mueller in his latest mock draft, and compares him physically to Tampa’s Victor Hedman. He was rated ninth among North American skaters by NHL Central Scouting, 16th overall by TSN and 18th overall by The Hockey News. NHL.com’s Morreale, who has him coming off the board to Buffalo at 16, said Mueller “is a smooth skater and solid shot blocker and penalty killer. He had 31 points and 57 penalty minutes in 63 games as a rookie in the WHL this season.”

Josh Morrissey, D, Prince Albert (WHL)
6-0, 186
DOB: March 28, 1995
The Hawks were able to see plenty of Morrissey this season while Mark McNeill was his teammate with Prince Albert. NHL.com’s Morreale has the Blackhawks selecting him, noting that “[the] left-shot blueliner enjoys pushing the pace off the transition, making him a perfect fit for the defending Stanley Cup champion. He finished 12th among WHL blueliners with 47 points in 70 games. Morrissey already trains with Chicago’s Duncan Keith in his hometown of Calgary.” He was ranked 28th by TSN, 19th by The Hockey News, 18th by McKeen’s and 27th among North American Skaters by NHL Central Scouting.

Ian McCoshen, D, USHL
6-2, 207
DOB: Aug. 5, 1995
McCoshen is another puck-moving defenseman who also possesses some size. He posted 44 points (11 goals, 33 assists) in 53 games this season, and was ranked 26th by The Hockey News, 29th by McKeen’s and 39th by TSN. Craig Button said McCoshen “is a player who builds off the foundation of very good skating. He has mobility and is hard to break down defensively. He can jump into the play and has shown a strong grasp of being a very good two-way defenceman who can excel in multiple situations.”

Who do the “experts” have the Blackhawks selecting in the first round?

Chicago does not have a pick in the second or third rounds of the 2013 Draft; they were dealt to Winnipeg for defenseman Johnny Oduya at the 2012 trade deadline. The Hawks have also traded away two other picks in this year’s draft. Bowman traded San Jose’s fourth round pick back to the Sharks for Michal Handzus at the deadline this season, and traded Ottawa’s seventh round pick to Calgary for minor league goaltender Henrik Karlsson in January.

The 2013 NHL Draft begins at 2 PM CT on Sunday, and will be televised on NBC SportsNet and TSN.