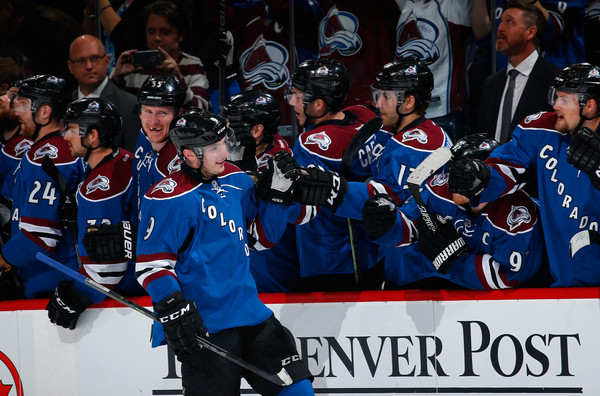 Their leading scorers last year were on opposite ends of the age spectrum: now 38-year-old Jarome Iginla and 21-year-old Gabriel Landeskog, who both posted 59 points in 82 games. The other ancient warrior on the payroll,  34-year-old Alex Tanguay, has one year left on his deal but finished with as many points – 55 – as Matt Duchene and O’Reilly last season.

Soderberg might be five and a half years older than O’Reilly, but his offensive production (92 points in the last two seasons) has been consistent in Boston and he’s a big body center. Grigorenko had been enigmatic in Buffalo since the Sabres made him the 12th overall pick in the 2012 Draft, but he earned that high draft status playing exceptionally well for current Avs coach Patrick Roy with the Quebec Remparts in the QMJHL.

Zadorov is a massive kid (6-5, 235) who only turned 20 in mid-April this year. Adding him and Beauchemin to the blue line will make the Avs tougher to play against this year than they were in 2014-15, when Colorado nine points out of the final playoff spot in the Western Conference.