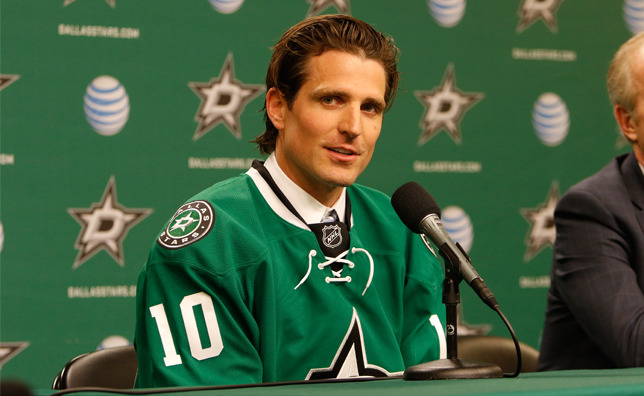 Before the 2014-15 season, the Stars made a number of moves the figured to have them in the mix for a playoff spot. But an inexplicable inability to get it done on home ice (17-16-8 home record last year) was a big factor in the Stars coming up seven points short of the final playoff spot in the Western Conference.

There were some bright spots last year, including Jamie Benn surprising a lot of folks by winning the Art Ross Trophy. Tyler Seguin missed some time with a lower body issue but still managed to score 37 goals in 71 games; he may have pushed for the Ross himself if he’s been healthy for 80-82 games.

Dallas had no problem scoring the puck, but they couldn’t keep their opponents from scoring either. The 260 goals the Stars allowed last season was 33 more than the second-highest total in the Central Division (Colorado).

GM Jim Nill continues to show that he has a great eye for underappreciate prospects; he made a tremendous trade to get Seguin out of Boston and stole Stephen Johns out of Chicago this summer. The additions of veterans Patrick Sharp and Johnny Oduya will help the all-around game of the Stars, but they still lack a true top end defenseman. John Klingberg is developing into a potential stud, but he’ll need help from more than Alex Goligoski and Oduya on the blue line this year.

Antti Niemi will need to be better than he was in San Jose and the older players on the roster – Sharp, Oduya, Jason Spezza and Ales Hemsky – will need to play well for the Stars to make a serious jump into the playoffs. There’s no question they have the talent to put on a show every night, but they need to learn to win a game 2-1.