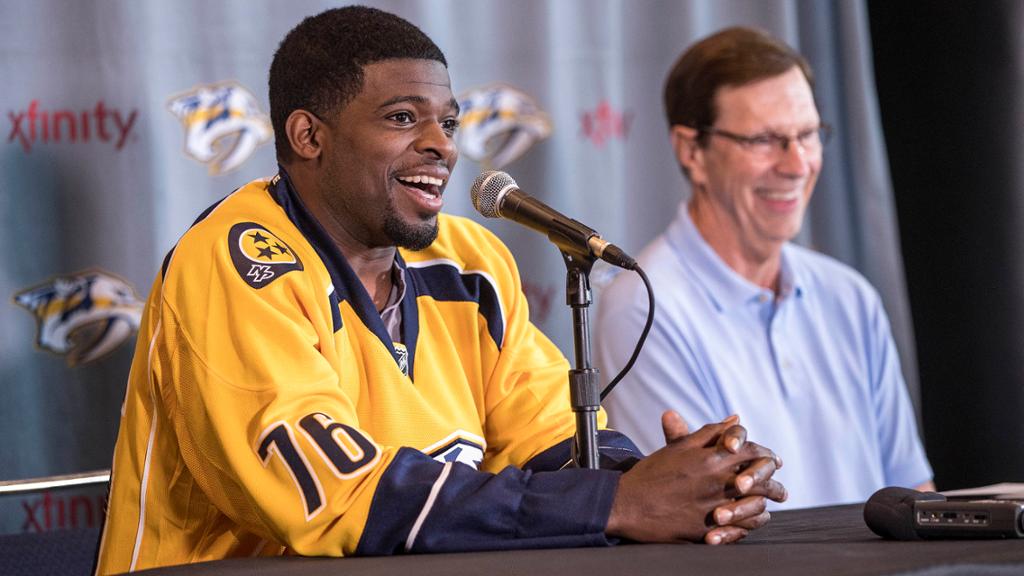 The Blackhawks second – and third – game(s) of the 2016-17 regular season are Friday and Saturday against the Nashville Predators. Like the Blues, there was some significant change to the roster in Nashville this summer, and many have the Preds on the cusp of something special heading into the new season.

Nashville’s headline from the offseason was the Shea Weber-for-PK Subban trade. That blockbuster came during one of the craziest days in recent NHL history, and altered the faces of two franchises, and was the second massive deal within 12 months for the Preds. This move, however, sent bigger shockwaves through the game than the deal that sent Seth Jones to Columbus for Ryan Johansen.

In the wake of the Weber deal, Nashville needed to make changes to their leadership group (at least officially). Mike Fisher was named the captain, with James Neal and Roman Josi serving as alternate captains for the new year.

With Johansen looking for a full, healthy season Nashville is looking like a higher scoring team in coach Pete Laviolette’s second season than they have ever been. The most significant loss to free agency for the Preds was veteran center Paul Gaustad. Here’s the official roster for Nashville as we begin the 2016-17 season: