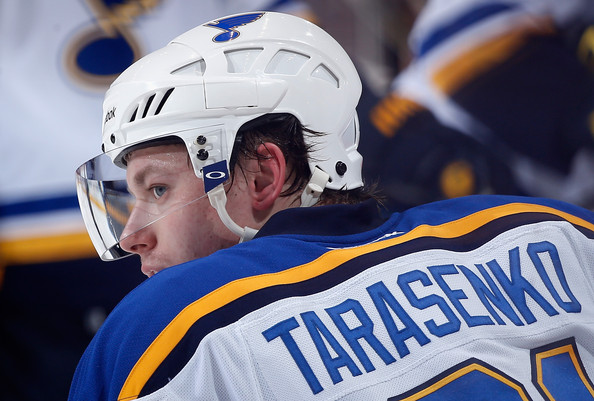 The Blues open their 2016-17 season at the United Center on Wednesday night, the 302nd all-time regular season meeting between the Blues and Blackhawks. So in advance of the opener, let’s take a look at the new-and-improved(?) St. Louis team.

David Backes is no longer the captain; he isn’t even on the roster any longer (signed with Boston). Also gone are Brian Elliott, Troy Brouwer and Steve Ott. Brouwer was the only Blues player to appear in all 82 regular season games last year.

St. Louis still has Vladimir Tarasenko, our pick for the Rocket Richard Trophy this year. He became the first Blues player to score 40 goals since Brad Boyes in 2007-08. Jaden Schwartz, one of the most talented forwards on the Blues’ roster, will begin the season on IR (elbow). He is set to be re-evaluated in four weeks.

Colton Parayko emerged as a bona fide stud on the blue line for St. Louis last year and was named to the NHL’s All-Rookie Team. His play will be important for the Blues, who are entering the final season of the contracts of Parayko, Kevin Shattenkirk and Robert Bortuzzo. Parayko will be a restricted free agent next summer, while Shattenkirk and Bortuzzo will be unrestricted. Here’s the official roster for the Blues to begin the 2016-17 regular season: