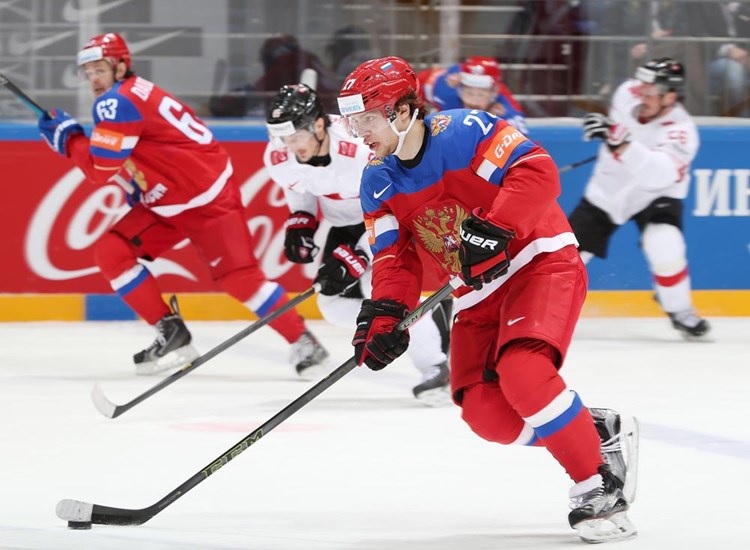 The United States defeated Hungary 5-1. Vince Hinostroza scored a goal in 10:48 and Tyler Motte put two shots on net in 12:12 in the victory. In five games, Motte has two assists while Hinostroza has one goal and two assists.

Artemi Panarin skated 17:46 without a point as Russia defeated Switzerland 5-1. With nine points, Panarin is tied for second overall in the tournament through Saturday.

Erik Gustafsson was credited with an assist in 15:18 as Sweden defeated Norway 3-2. Gustafsson has two assists and 12 shots on goal in five games.

Ville Pokka skated 17:35 in Finland’s 3-1 win over France. He has one assist in five games thus far.