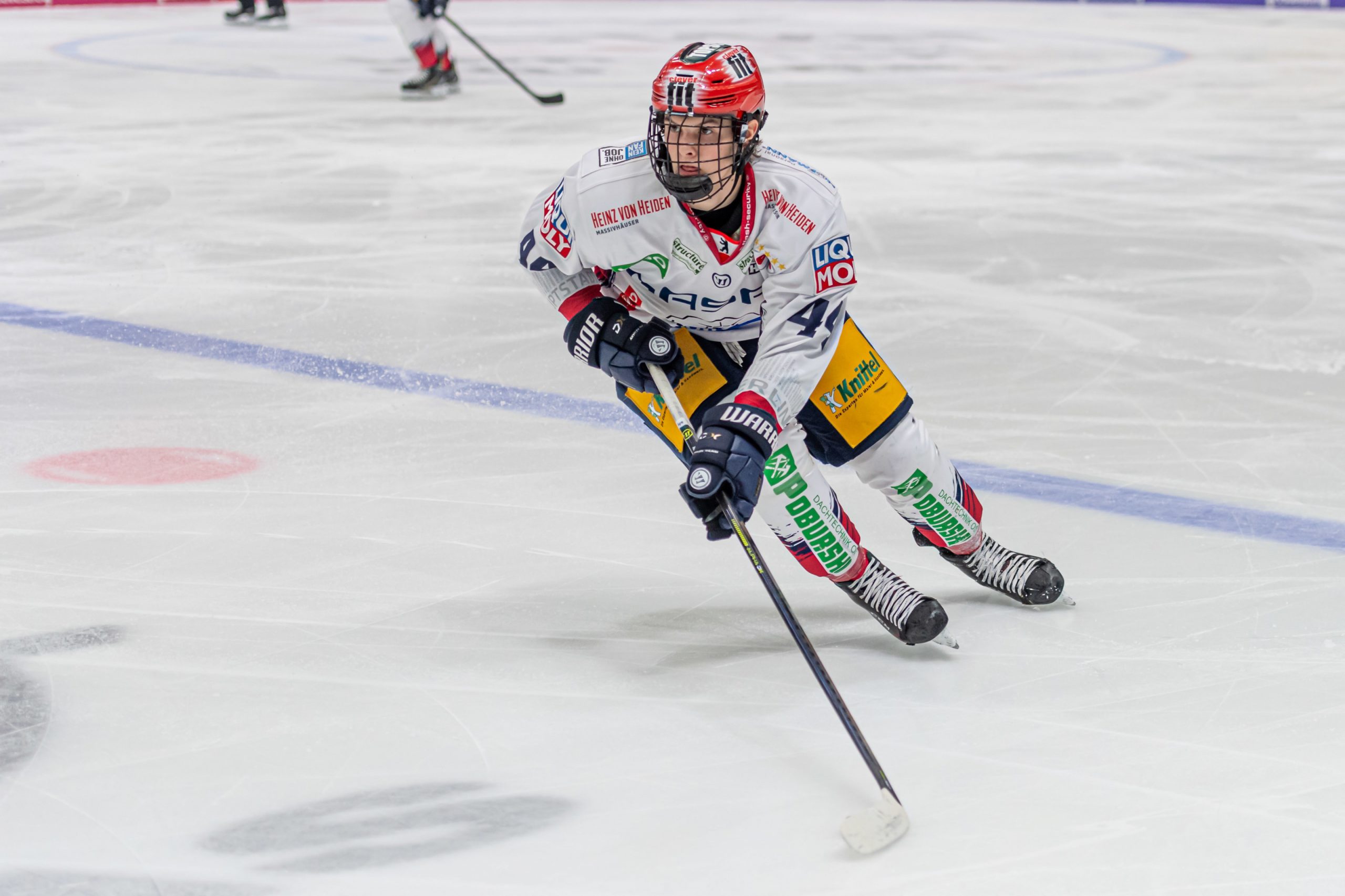 As we get closer to the 2020 NHL Draft, we have started our prospect profile series. So far we have featured WHL forward Connor Zary and QMJHL forward Dawson Mercer.

Reichel had an impressive season playing versus men and getting regular minutes in the DEL for a good club in Eisbaren Berlin. I always saw some skill and speed in his game, but this season I saw a high level of creativity with the puck, making difficult plays through defenders and to his teammates. He has the skill and the pace to score in the NHL. I wouldn’t call him the true playmaker you want running a power play, but he sees the ice well and gets a high IQ grade due to how well he creates in small areas. The last time he recorded a penalty was two seasons ago in junior club play, but I don’t think he’s soft. I’ve seen him be hard on his puck pursuits, drive the net frequently and win battles versus bigger players. But it would be fair to say he’s not a very physical or edgy player.

Skating
Reichel is a very good skater. He shows good speed and power in his stride. His explosive first step and good acceleration make him dangerous off the rush. He also has very good agility and edgework, allowing him to make quick cuts and get away from defenders both with and without the puck. Reichel’s skating makes him tough to contain in one-on-one situations. He also has a very strong lower body for his age. He can fight through checks and get to the dirty areas of the ice. Reichel has very good balance. It is tough to knock him off the puck. He could stand to build up a stronger upper-body though, as this will help him to also win battles for loose pucks.

Offensive Game
Reichel scores the majority of his goals in tight to the net. He has quick hands and can deke a goalie in tight, or get the puck up quickly into a tight area. He also can bang in a rebound, quickly one-time a pass, or deflect in a teammate’s shot. From further out, his wrist shot is very accurate and features a good release. Reichel’s quick hands allow him to toe-drag and quickly change the angle before shooting. His shot also has decent power. This is also true of his one-timer. He gets it off effectively but still has room to add a bit more velocity. As he gets stronger, this may help his game.

Reichel can also play the role of a playmaker. His strong possession skills help him to control the puck down low and extend plays. This can help him to set up teammates for scoring chances once they get open. Reichel combines his skating ability with his quick hands, and if a defender gives him a little too much room, he can make a quick move and drive the puck to the net. His soft hands can also lead to a quick dangle and then a pass to a teammate. He is also effective as a forechecker, pressuring defenders and forcing them to make mistakes. Once they do, he can quickly take advantage with excellent vision and a knack for knowing where his linemates will be.

Defensive Game
Reichel’s defensive game is a bit of a work in progress. He needs to be more consistent in keeping his feet moving in the defensive zone. Reichel has a tendency to be caught flat-footed at times which lets his man get away from him and be open for a pass. There are other times where he supports the defence down low and applies effective backpressure against the rush. Other times he can leave the defensive zone early, looking for the long stretch pass to create something in the transition game. Reichel is a smart enough player in the offensive end, that he should be able to play better defensively once he matures and is coached effectively on his responsibilities.

Projection and Comparison
Reichel has the skills to develop into a top-six winger at the NHL level. He will need some time to continue to develop though. Putting muscle on his frame and rounding out his defensive game are the main concerns right now. He will likely play another season in Europe next year, and be a huge part of the German team at the World Juniors. It will be intriguing to see how far the three young guns could take that team next year. Reichel’s game is reminiscent of Mike Hoffman, but this is a stylistic comparison only and not one based on skill.