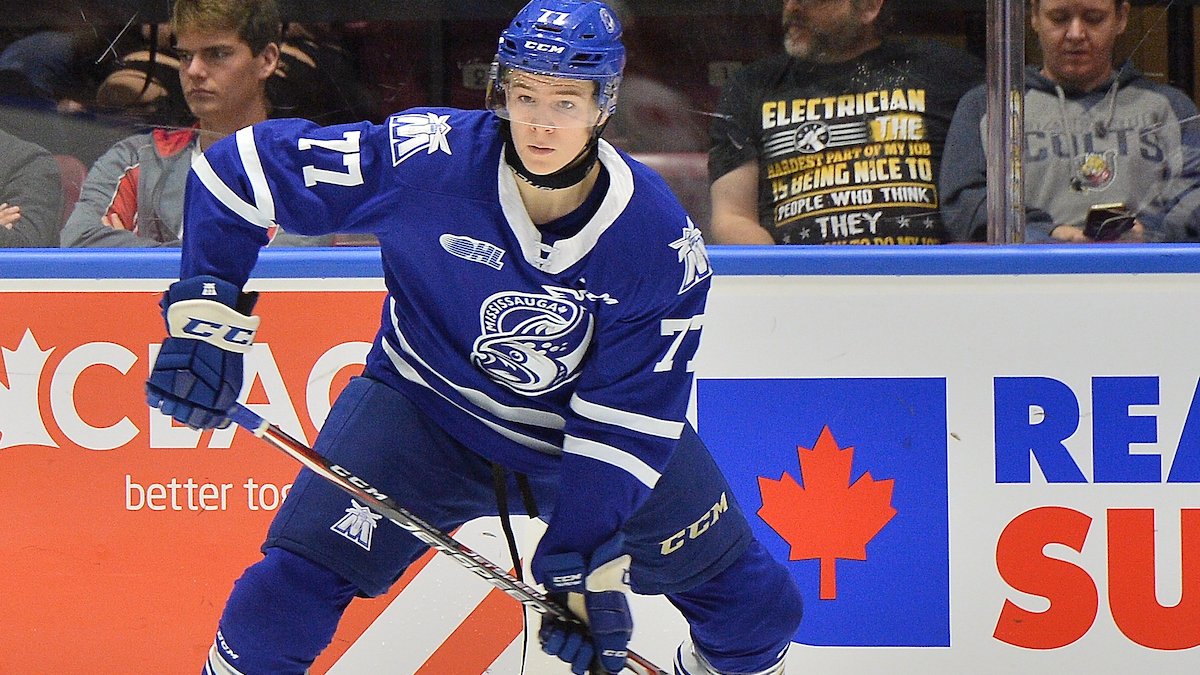 The Blackhawks were tremendously active before the start of the 2021 NHL Draft and then moved back into the third round to grab another player.

Chicago had two picks in the fourth round, one in the sixth and two in the seventh.

Here’s who the Blackhawks selected with their final five picks in this year’s draft.

“Del Mastro was a decent underage player in the OHL. His U18 worlds were a solid performance and his only hockey of the season. Del Mastro is a big defenseman who is a strong defender. He breaks up a lot of rushes due to his reach, physicality and ability to close gaps efficiently. His skating is a work in progress and will be the main obstacle for him as he advances levels since he can struggle escaping pressure as well as play in transition. His game lacks skill and offense, but he can make a solid outlet pass and make the basic play out of his own end. In a sentence, Del Mastro has a chance to play due to his defensive value but his game will need to add pace to be an NHL player.“

And if you think you know how to pronounce this no you don’t ? pic.twitter.com/IYjcVKiojT

“Stjernborg is not a player that will pop out to you in a typical way, but he’s a player coaches love, which is how at 17 years old, he found his way into a regular shift on the SHL champions. He’s undersized and he’s not that fast or skilled with the puck, but he makes the most of what he has due to his hockey sense and competitiveness. He has enough offensive instincts to make tough offensive plays and create in hard areas. He generates a lot of offense through his work ethic, forcing turnovers and creating around the net-front area. That may not be enough, but at several levels he has found ways to produce and get coaches to lean on him. In a sentence, Stjernborg’s work ethic and play versus men give him a chance, but his toolkit may be too bland to play in the NHL.“

Ilya Safonov comes off the board with the 172nd pick in the #NHLDraft! pic.twitter.com/jfbZy9VpR8

Safonov is another overage skater (born May 20, 2001) who has appeared in 38 games in the KHL over the past two years. As has been the trend throughout this draft, the Blackhawks went for size with this pick.

After a year on the @UMDMensHockey blue line, Connor Kelley goes to the @NHLBlackhawks in Round 7!

Our final selection in the 2021 #NHLDraft is ? pic.twitter.com/yfYIohEeng