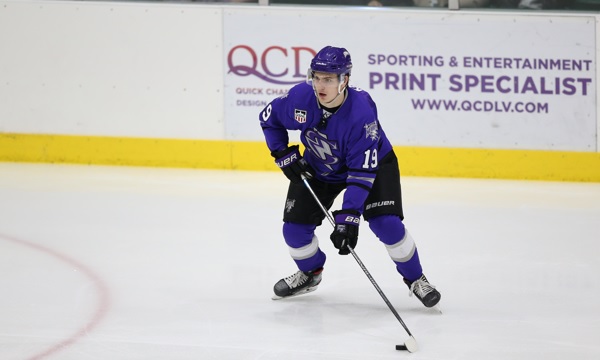 This year, the Chicago Blackhawks own the 11th overall selection in the first round of the 2021 NHL Draft. Over the past couple weeks, we’ve been discussing names the Blackhawks might consider when they’re on the clock. Thus far we have discussed forwards Matthew Coronado, Chaz Lucius, Mason McTavish, Aatu Raty and Brennan Othmann, Cole Sillinger and Zachary Bolduc.

Now, let’s talk about Matthew Knies, who could be a strong second-round projection for the Blackhawks.

“Knies had a great underage season but his draft season was a struggle to produce as much offense as expected. Despite his mediocre point totals (42 points in 44 games) I still see a very talented player and he was an important player for a top USHL team in all situations. I see a 6-foot-3 forward with great hands who can beat defenders clean with skill. I debated his sense being listed as “average” or “below-average.” I’ve seen enough plays from him, particularly as an underage, to say he can see the ice, but this past season made me question his sense at times and his puck decisions. His game lacks finish as well, although he went on a big goal scoring tear to end the season. Knies works hard on the ice, winning a lot of battles, killing penalties and taking pucks to the net. His skating isn’t the best and will lack the ability to separate at the NHL level. In a sentence, Knies projects as an NHL two-way middle-six winger.”