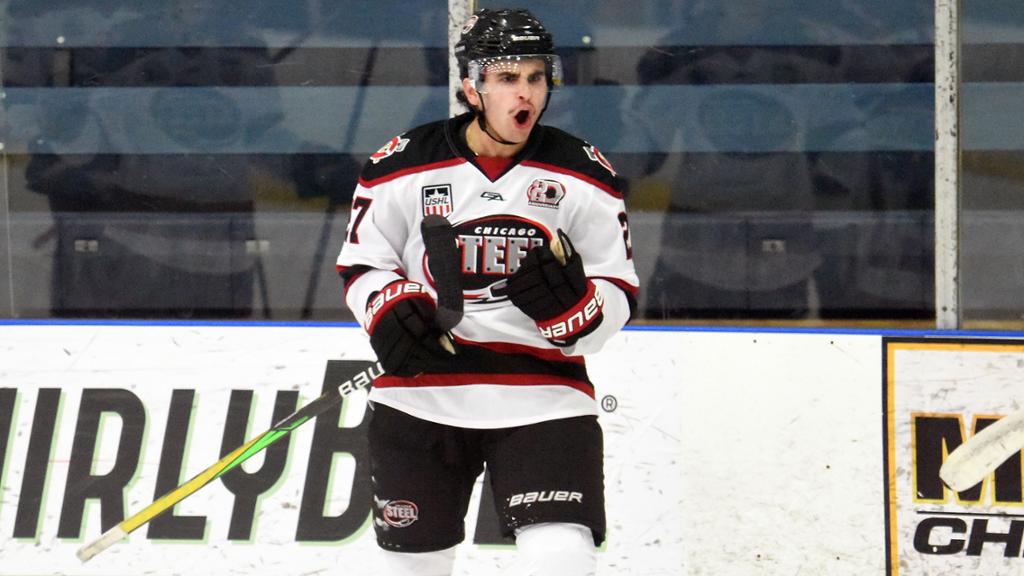 On Wednesday night we learned, officially, that the Blackhawks own the 11th overall selection in the first round of the 2021 NHL Draft. The only team that moved in the draft lottery was Seattle, which bumped up from third overall to second.

So who might be on the Blackhawks’ radar when they’re on the clock? Let’s look at who some of the mock drafts are projecting to Chicago.

Comments: “This might be a little high from where most draft experts expect Coronato to go, but the Blackhawks have proven that matters little to them. They’re going to draft whomever they project to be the best player regardless of what others think. The Blackhawks know Coronato quite well. Probably no NHL team saw him and the Chicago Steel as much in person as the Blackhawks did this season. Coronato’s numbers speak for themselves, as he scored 56 goals in 59 USHL games. What was especially impressive about that production was he scored in so many different ways. There’s not just one way to contain him, and that should help the probability of him becoming a future top-six NHL winger. A league source thought his ceiling could be comparable to Brad Marchand due to Coronato’s similar size and blend of offense, motor and feistiness. Coronato’s high-pace style is a lot like the way the Blackhawks have expressed they’d like to play. He’ll probably need a year or two at Harvard before joining the Blackhawks.”

Comments: “This pick comes with some risk as well, but at his best, Lysell is the most dynamic, game-changing player in the draft. The youth movement fueled by some inexpensive surprises (Kurashev, Suter, Hagel), allows Stan Bowman to swing for the fences here.”

Comments: “Lucius’ skating is as good now as it was before he missed the first four months of the season with a knee injury. The forward (6-1, 185) is strong around the net in the offensive zone and has an NHL-caliber shot that he used to score 13 goals in 13 games this season.”

Comments: Lambos (6-1, 197) is a two-way defenseman who has showcased good patience in the defensive zone and in transition. He played two games in the Western Hockey League before sustaining a lower-body injury. The 18-year-old scored 11 points (two goals, nine assists) in 13 games on loan with JYP in Finland’s junior league.

Comments: “Although his draft year was hampered by first a lower body injury and then COVID, the latter of which prevented him from joining his teammates at the U18s, when Lucius played, he was fantastic. Most people notice the goal scoring (13 in 13 games), or the playmaking, but watching him closely, he also does a lot of little things that aren’t necessarily picked up in the scoresheet, but help his linemates succeed. His game style is well-suited to the NHL and a couple of seasons with the Minnesota Golden Gophers will make sure he is ready to hit the ground running (hit the ice skating) when his time comes. I could also see the Blackhawks considering William Eklund, or local talent Matt Coronato at this spot.”

96 thoughts on “2021 NHL Draft: Who do the early mock drafts think the Blackhawks will select?”