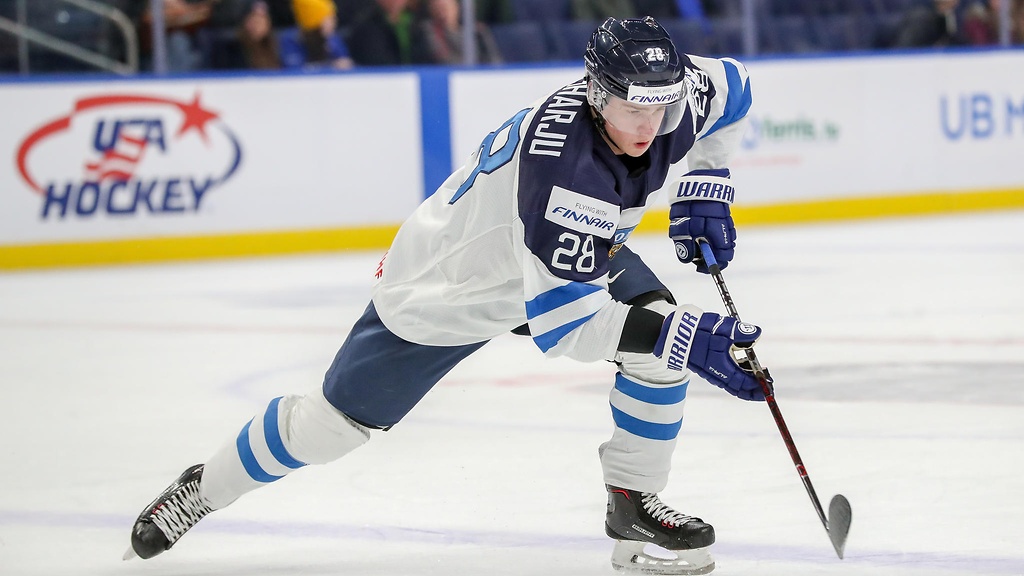 Corey Pronman, who used to handle prospect evaluation among other things at ESPN, moved to The Athletic (with half of the rest of the respected sports writers in the world) earlier this year.

On Tuesday, he released his periodically updated top 50 prospects in the NHL.

Here’s where the Blackhawks’ prospects fell on his list:

Jokiharju has been one of the top defensemen in the WHL this season and had a quality world junior tournament. He’s a smooth player. He won’t stand out with a flashy rush, but he makes a lot of quality plays all over the ice and can QB a power play.  Jokiharju’s skating stands out when you watch him due to how fluid a skater he is and how he can transition the play with his feet. He has excellent vision and makes a lot of high-level passes. He has some skill, but I don’t see him as a player who relies on his hands. Defensively he’s solid for his age, but he needs to get stronger and more confident checking before he reaches the NHL.

Mitchell was a player who intrigued me last season as a draft-eligible player at various events, but this season he’s firmly established in my mind that he’s a top prospect. He’s been the top defenseman on one of the best college teams in the country as an 18-year-old. He brings a lot of components to the table in terms of his skating and skill, but his IQ stands out the most to me. Mitchell is very calm moving the puck and controls things well on the PP. He isn’t offense-only, as he plays tough minutes and kills penalties in Denver, and despite being small, he defends OK.

I normally would hesitate hard on pumping the tires on a 22-year-old college player whose major statistical seasons came after he turned 20, but Sikura is a player I’ve paid very close attention to in the last year. I’m not sure how high-end his offense will be in the NHL, but I do see a skilled player with at least the potential to be a top-six forward. He’s a good skater with impressive hands and has good offensive instincts, too. He drives play for Northeastern and, as of this writing, leads college hockey in points and shots per game. He’s not overly physical and not great defensively, but I see a well-rounded offensive threat who could score as a NHLer as soon as this spring.

The Blackhawks did not have anyone else mentioned among his top five goalies or honorable mentions.