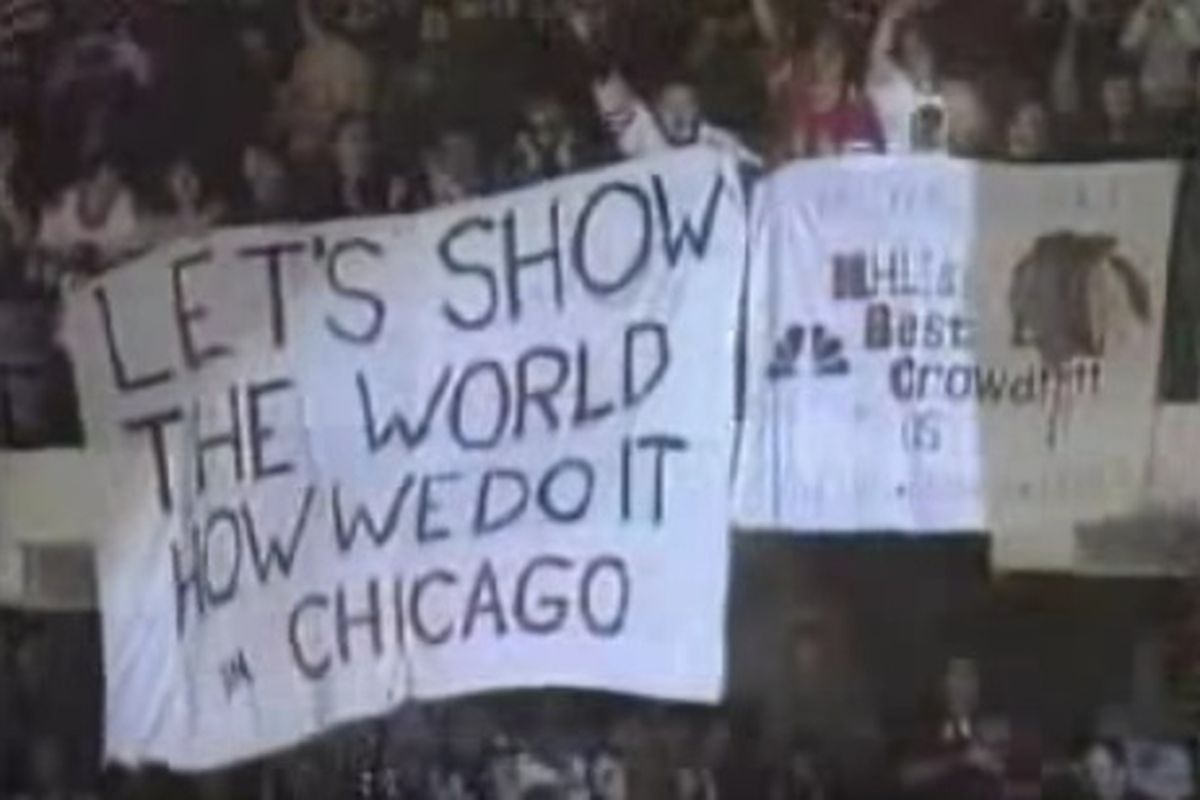 On Jan. 19, 1991 the Chicago Blackhawks hosted the NHL All-Star Game. Chicago hasn’t hosted the game since, but the 1991 event was one of the most memorable in NHL history.

The game featured three members of the Blackhawks: Chris Chelios started with Jeremy Roenick and Steve Larmer (whose number should be retired by the Hawks) came off the bench.

One of the more memorable introductions was that of Denis Savard, returning as a member of the Montreal Canadiens. His ovation was perhaps the only one louder than those for the three members of the Blackhawks or Wayne Gretzky. Chicago loved Savard and showed him how much with a remarkable ovation.

Gretzky had called for the game to be canceled. Two days before the game was to be played the United States attacked Iraq, beginning Operation Desert Storm. With the game moving forward as planned, Chicago made the performance of the Star Spangled Banner an iconic moment in sports history.

The rosters were loaded with future Hall of Famers.

The Campbell Conference starters were Chelios and Al MacInnis on the blue line, Mike Vernon in net and Gretzky, Adam Oates and Luc Robitaille at forward. Steve Yzerman, Mark Messier, Scott Stevens, Phil Housley, Theo Fleury, Steve Smith and Trevor Linden were among those on the bench with Larmer and Roenick. Stan Mikita was the honorary captain.