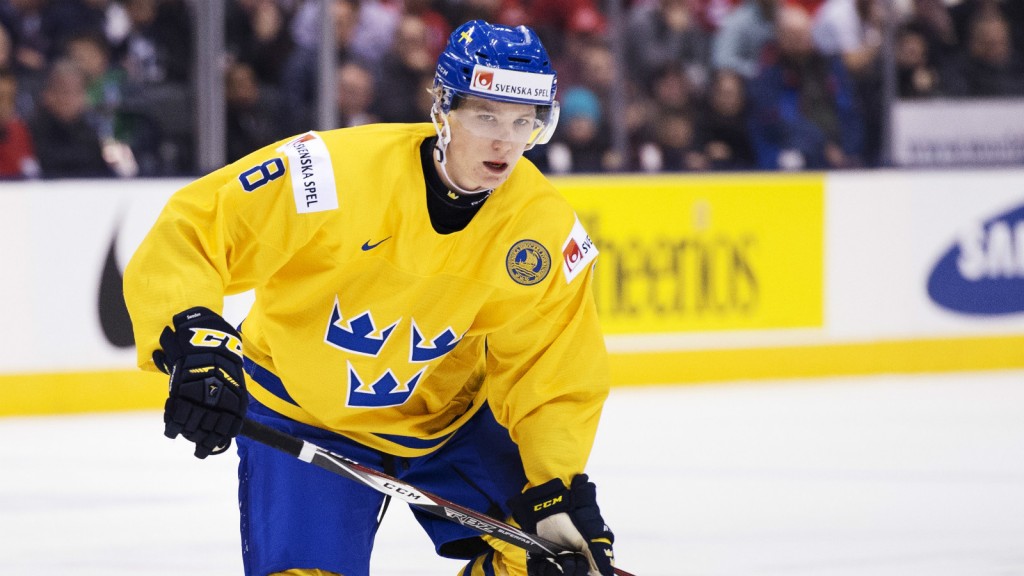 In total, five Hawks prospects are now in the mix to play at the World Junior Championships.

Defenseman Gustav Forsling was invited to Sweden’s camp. Acquired from Vancouver for defenseman Adam Clendening last year, Forsling has two goals and 11 assists in 25 games for Linkopings HC this year. He was a fifth round pick (126th overall) by Vancouver in 2014 and will turn 20 in June.

Forward Fredrik Olofsson was also invited to camp by Sweden. Listed at 6-2 and 204 pounds, Olofsson has posted six goals and six assists in 16 games to begin his freshman year at Omaha, which is ranked fifth in this week’s USCHO poll. He was a fourth round pick (98th overall) by the Hawks in 2014.

Forward Radovan Bondra received an invitation from Slovakia. Bondra, 18, was a fifth round pick (151st overall) by the Hawks in 2015. Listed at 6-6 and 220 pounds, Bondra has seven goals and nine assists in 30 games with Vancouver in the WHL.

Defenseman Joni Tuulola was invited to camp by Finland. A sixth round pick (181st overall) by the Hawks in 2015, Tuulola will turn 20 on New Year’s Day. Listed at 6-3 and 180 pounds, the lefty has three assists in 20 games with HPK Hameenlinna this season.

One thought on “5 Blackhawks Prospects Invited To WJC Camps”