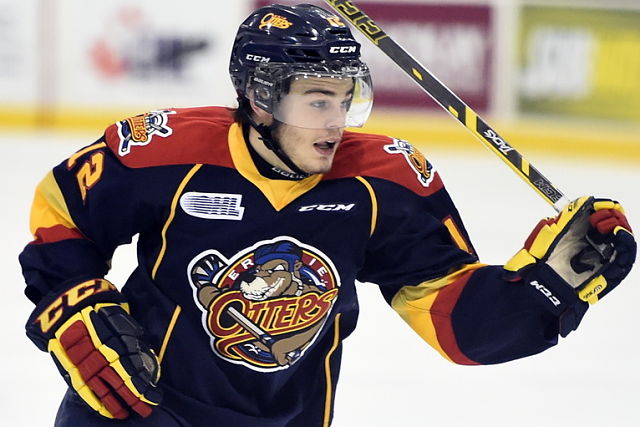 On Thursday, USA Hockey announced three players were cut from the WJC roster. In a somewhat surprising move, Blackhawks prospect Alex DeBrincat was one of the players who didn’t make the roster. DeBrincat currently leads the OHL with 30 goals and has 60 points through 28 games.

WJC not kind to DeBrincat: Kicked out of his 1st game in ’16 (spearing); tourney-ending shoulder injury in 2nd game. Now cut.

Defenseman Chad Krys is still on the roster, however. Krys was a member of the bronze medal-winning 2016 U.S. National Junior Team.