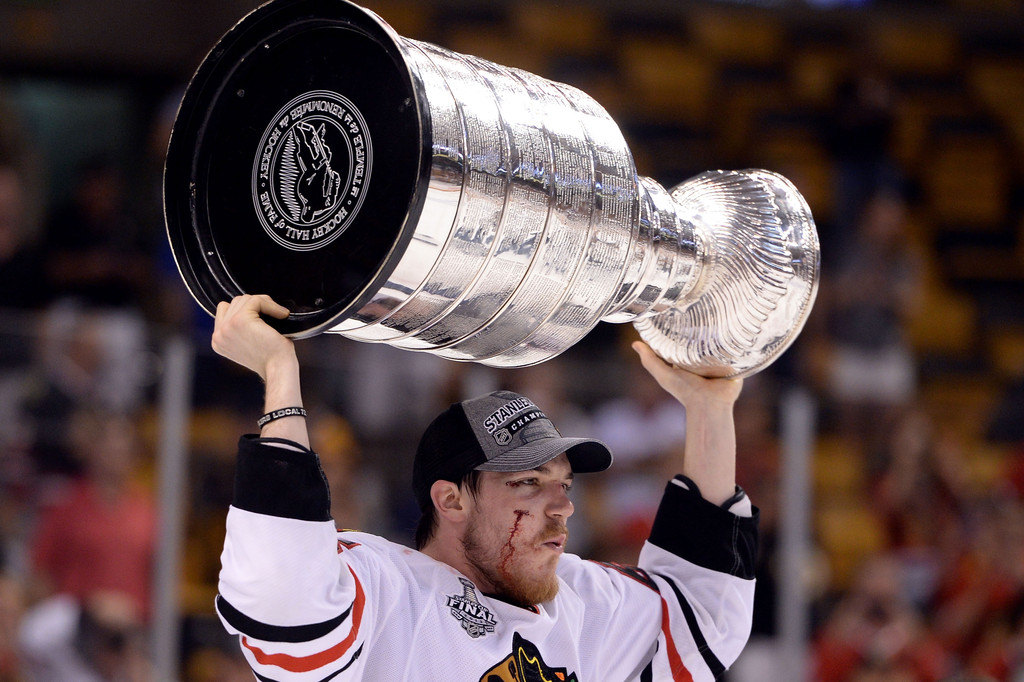 On Monday morning, Andrew Shaw announced his retirement from the NHL.

“Thank you for giving a Mutt a home.”

Shaw will forever live in Blackhawks fans’ memories as one of the iconic players of the dynasty era. Originally a fifth-round pick in the 2011 NHL Draft, he overwhelmingly exceeded expectations for where he was draft. He appeared in 67 postseason games for the Blackhawks, scoring 16 goals – and one that was taken off the board that he scored with his head.

The 139th overall pick in 2011, Shaw ends his career tied with Tampa’s Ondrej Palat for 11th from that draft class with 544 games played. He produced 247 points in his regular season career.

We love shinpads, and we love our Mutt. Thanks for some incredible memories, Shawzy!