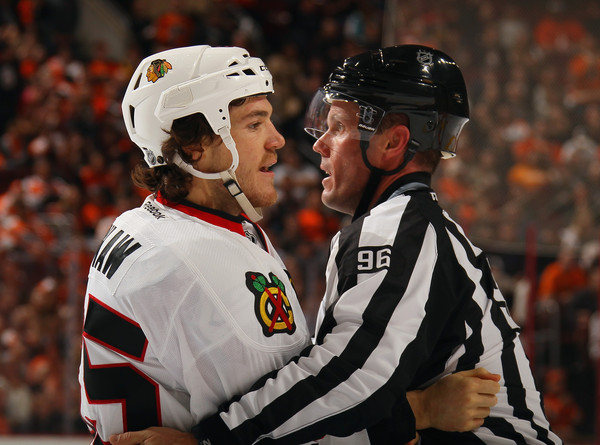 A couple tough blows to the Blackhawks lineup were announced on Thursday morning.

Forward Andrew Shaw has unfortunately found himself in concussion protocol. Shaw missed significant time last year dealing with concussion symptoms. Whether or not this is a “minor” setback isn’t yet known, but concussions are an awful issue. His timetable for return is unknown.

Matthew Highmore will take Shaw’s place in the lineup. The Blackhawks will go with 11 forwards and seven defensemen again against Columbus,

Meanwhile, defenseman Connor Murphy will reportedly miss the next 10-14 days with a hip issue. Adam Boqvist joined the team for practice on Thursday for the first time since leaving COVID Protocol but is still working his way back into game shape.

Chicago also announced on Thursday that defenseman Wyatt Kalynuk has been re-assigned to the taxi squad from Rockford. Defenseman Anton Lindholm was sent to Rockford.

The Hawks host the Columbus Blue Jackets on Thursday and Saturday nights.

20 thoughts on “Andrew Shaw, Connor Murphy Out for Blackhawks”