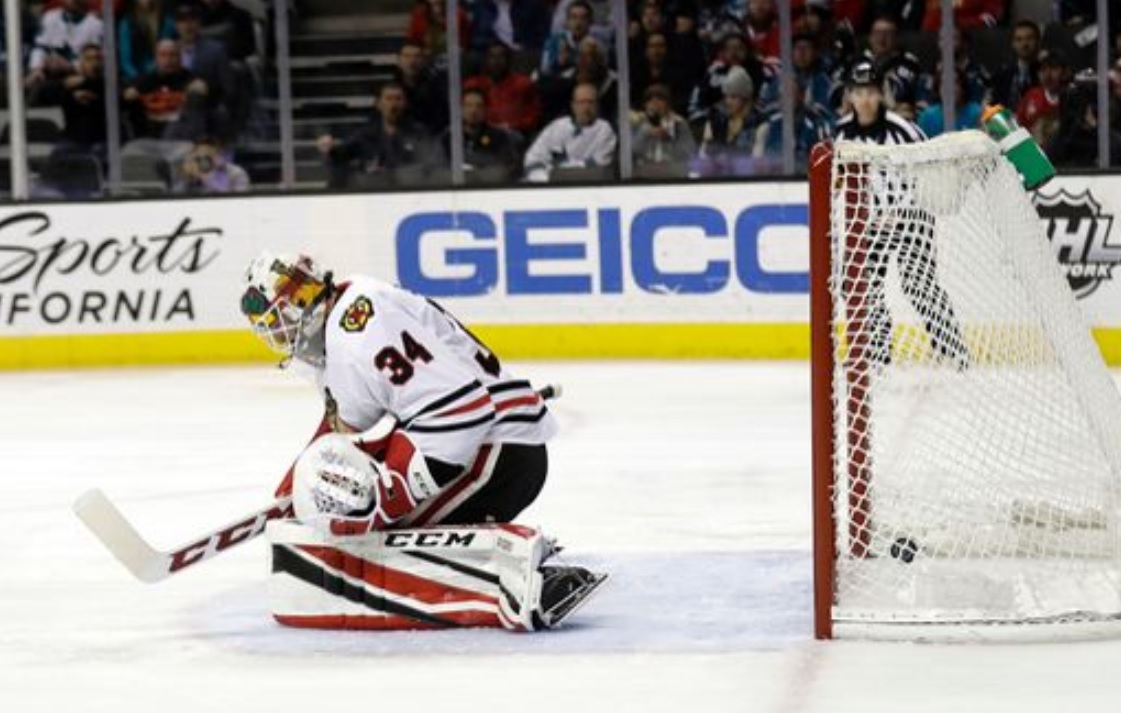 Jean-Francois Berube started for the Blackhawks in San Jose.

Oh, the Blackhawks led 2:12 into the game when Artem Anisimov scored his 18th of the season.

That was before the Sharks rolled off the next seven goals – all at even strength.

It was a top-to-bottom shit show.

With five minutes left in regulation, Anthony Duclair was awarded a penalty shot. Perhaps the fastest skater in the building took his time approaching the net and handled the puck until he had nothing left to do but shoot it wide.

A perfect summary of the Blackhawks night – and season.

Nick Schmaltz scored with 32.6 seconds left in regulation to bring the Blackhawks to within five. As was the case with Anisimov, the goal is Schmaltz’s 18th of the season. Alex DeBrincat set him up nicely.

Matthew Highmore made his NHL debut. Wearing #36 he finished the night minus-three.

60 thoughts on “Another Wasted Night For The Blackhawks”