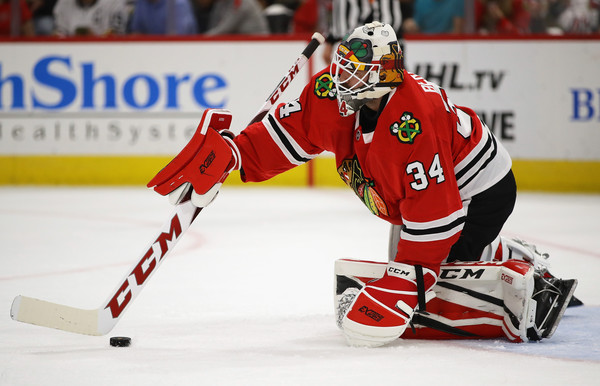 First, the good: Collin Delia was dealing with cramps and could play on Friday night.

The not-so-good: Anton Forsberg’s injury during warm-ups is sever enough that his season is over. The Blackhawks have already recalled JF Berube from Rockford.