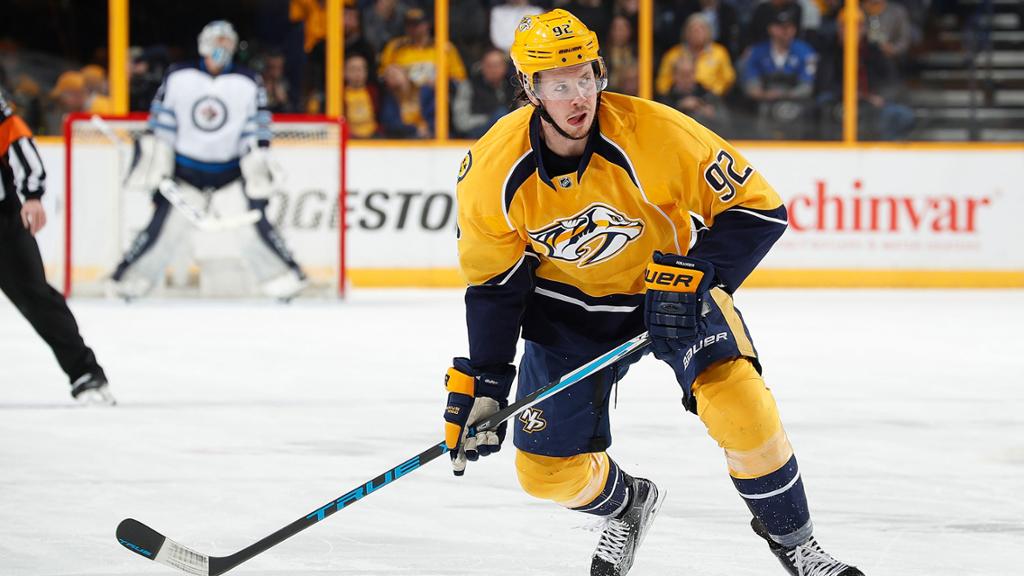 Some notes from around the Central Division:

On Friday, the Nashville Predators announced a massive financial commitment to another young core player. The team announced the longest and richest contract ever offered by Nashville, signing center Ryan Johansen to an eight-year, $64M contract ($8M AAV).

Johansen, who turns 25 on July 31, was the fourth overall selection in the 2010 NHL Draft by Columbus. He was traded to Nashville for Seth Jones on Jan. 6, 2016 and has produced 95 points (22 goals, 73 assists) in 124 regular season games with the Preds. He posted 13 points in 14 postseason games for the Preds before a hip injury required emergency surgery, ending his playoffs.

Nashville locked-up Viktor Arvidsson last week, signing the 24-year-old forward to a seven-year, $29.75M contract ($4.25M AAV). Those two and Filip Forsberg will combine to make up $18.25M against the cap in Nashville through the 2021-22 season; Forsberg’s six-year, $36M deal runs out first.

The Dallas Stars will host the 2018 NHL Draft at American Airlines Center from June 22-23! pic.twitter.com/xqjfo908ll

On the heels of Chicago hosting the 2017 NHL Draft, the league will keep the draft in the division. Dallas announced on Saturday that the Stars will host the 2018 NHL Draft.

20 thoughts on “Around The Central: Nashville Spending Money, Dallas To Host 2018 Draft”