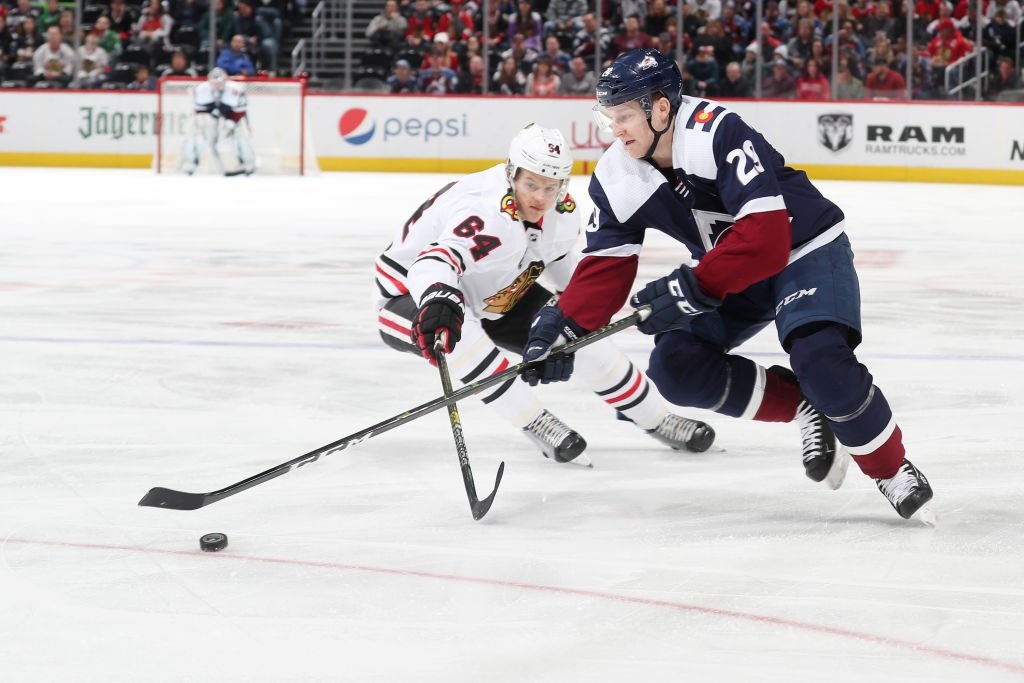 Whatever amount of life support the Blackhawks playoff chances were on would take a significant step one way or the other on Saturday and Sunday. With a matinee in Denver on Saturday, Chicago had an opportunity to make up significant ground on the final playoff spot in the Western Conference.

Unfortunately Colorado also needed a win, and they took care of business on their home ice.

The Hawks out-shot the Ave 8-7 in the first period but neither side was able to get on the board. Chicago was short-handed 70 seconds into the game when Brandon Saad was guilty of tripping but their penalty kill was good enough to keep the Avs offense dormant. Saad went to the box a second time in the first period with 2:21 on the board but Chicago successfully killed that penalty as well.

J.T. Compher got Colorado on the board first 3:07 into the second period. Chicago came right back, however, and tied the game as Jonathan Toews cleaned up some loose change on the doorstep for his 32nd of the season.

Chicago got into penalty trouble again in the middle of the period and this time they couldn’t hold on. Erik Gustafsson went to the box for holding – not a great penalty – at 12:29 and was joined there by David Kampf 29 seconds later. Late in the two-man advantage the Avs broke through. Colin Wilson scored to give Colorado a 2-1 lead.

The Avs out-shot the Hawks 12-11 in the second period and carried a one-goal advantage to the third period.

Chicago desperately needed the next goal but didn’t get it. Sven Andrighetto posted up in front of Corey Crawford and appeared to get a piece of an Erik Johnson shot that redirected past Chicago’s goaltender. That would hold up as the game-winning goal.

Gustafsson brought the Blackhawks back to within one 11 minutes later, but that would be the extent of the Chicago offense for the afternoon.

Derick Brassard scored into an empty net to close the books on the afternoon.