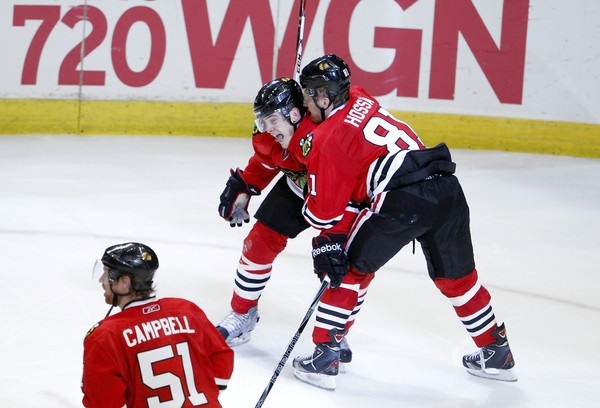 In 2010, the Blackhawks struggled with their first round opponent, the Nashville Predators. But an overtime goal in the fifth game left a devastating emotional wound on the Preds, and the Blackhawks won the series in the next game.

In 2011, the Blackhawks needed another emotional overtime victory to force another game, this time bringing a Game Seven after losing the first three games in the series.

When the Blackhawks return to Vancouver on Monday, they might need to declare owning Roberto Luongo.

Indeed, Luongo was benched by coach Alain Vigneault in favor of Corey Schneider in Game Six, and Schneider was playing fairly well. The action was intense going back and forth, and the Canucks clearly showed up with much better focus on Sunday night than they had in Games Four or Five.

But the best the Canucks had to offer wasn’t good enough.

The Blackhawks were simply better than the best the Canucks had to offer on Sunday night, and now they have all of the momentum on their side heading back to a shell-shocked city full of fans that are struggling to figure out what has happened to their President’s Trophy-winning team.

And the game-winning goal was scored by a kid from Boston College who, last year at this time, was named the Most Outstanding Player at the Frozen Four. This year, he’s playing an incredibly vital role in a playoff rebound from the defending champions.