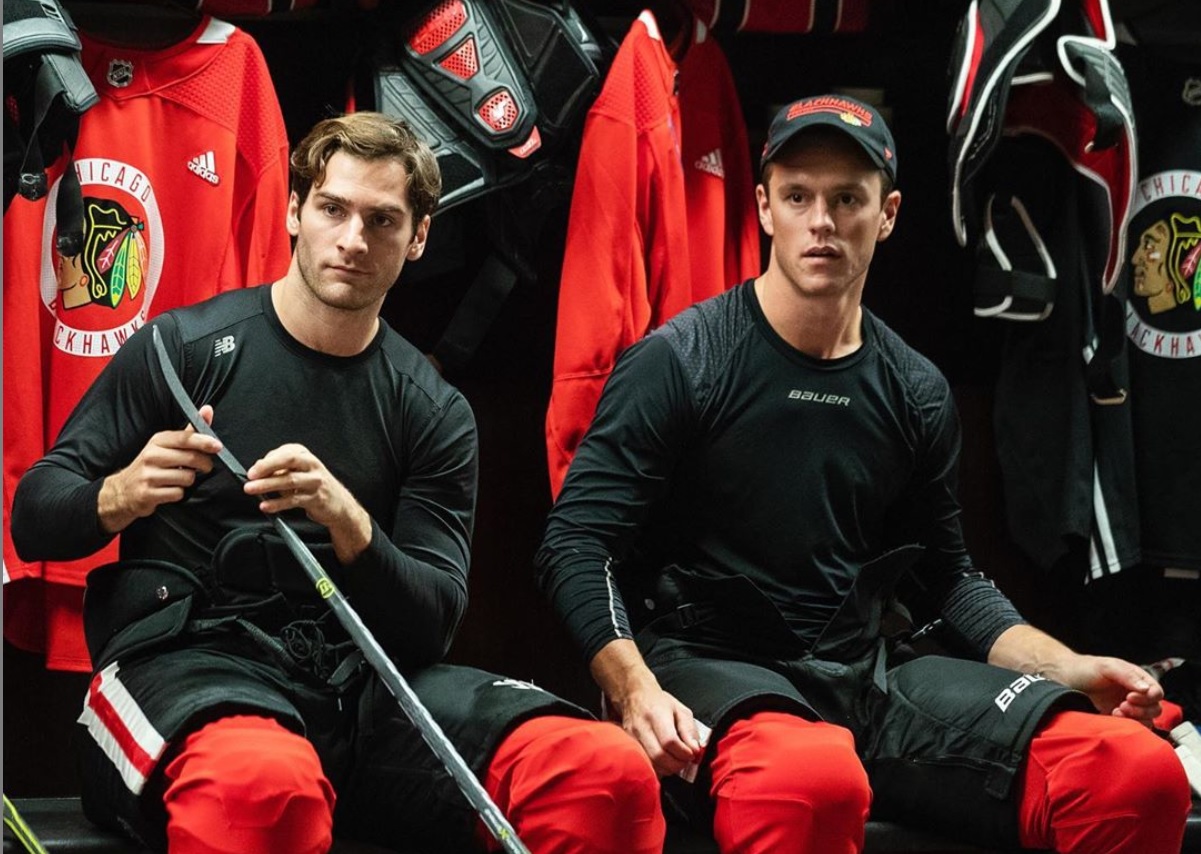 It’s September, which means the hockey season begins soon. The Blackhawks will have a new look to open the season with head coach Jeremy Colliton installed to run his first training camp and a new group of younger players.

Jonathan Toews leadership on and off the ice will be in focus this season.

Toews always been considered one of – if not the best leader in the NHL, and former coach Joel Quenneville told media as much this summer. With a new coaching staff and two consecutive seasons without playoffs, the Toews-Kane-Keith-Seabrook era is under the microscope more than ever.

The next few days will be big for the future of the NHL. Toews shared some strong comments with the Daily Herald over the weekend about the state of the CBA. The NHL cannot have another work stoppage, but the players have a couple significant arguments – the Olympics and escrow – they want rectified.

Chicago’s captain is coming off a career-high 35 goals and 81 points, but he received only an 87 rating on NHL 19. Many fans scoffed at the ranking, which ranked 50th on the video game, but it’s indicative of how the game at large feels about Chicago’s core.

For the first time in a few years, Toews will begin a season with the center position being a deep one in Chicago.

Dylan Strome emerged as a legit second line center last year and showed elite chemistry with Alex DeBrincat. Both of them are one season away from restricted free agency, so they’ll be motivated by money as well as success for the team on the ice.

Veteran additions Ryan Carpenter and Zack Smith will compliment David Kampf and Andrew Shaw as potential bottom-six centers and give the Blackhawks more options on penalty killing duty, which should help Toews’ overall game as well.

Toews shouldn’t be relied on to win every defensive zone faceoff and kill every penalty, which should be refreshing.

With DeBrincat and Strome figuring to be locked on a line together, it appears the years of Toews and Patrick Kane being separated are over (for now). One of the biggest questions entering training camp is who skates on the left side with Chicago’s two superstar forwards. Will Brandon Saad move back up the board? Will to pick Kirby Dach earn a spot for a full season as a teenager? Or will Shaw find himself loving shinpads in the top six in his return to Chicago?

There are lots of questions the Blackhawks need to answer in the coming month. Toews’ effort and leadership won’t be among them, but the roster dynamics around him will be something to follow as the season draws near.

21 thoughts on “A Big Year Coming For Jonathan Toews”