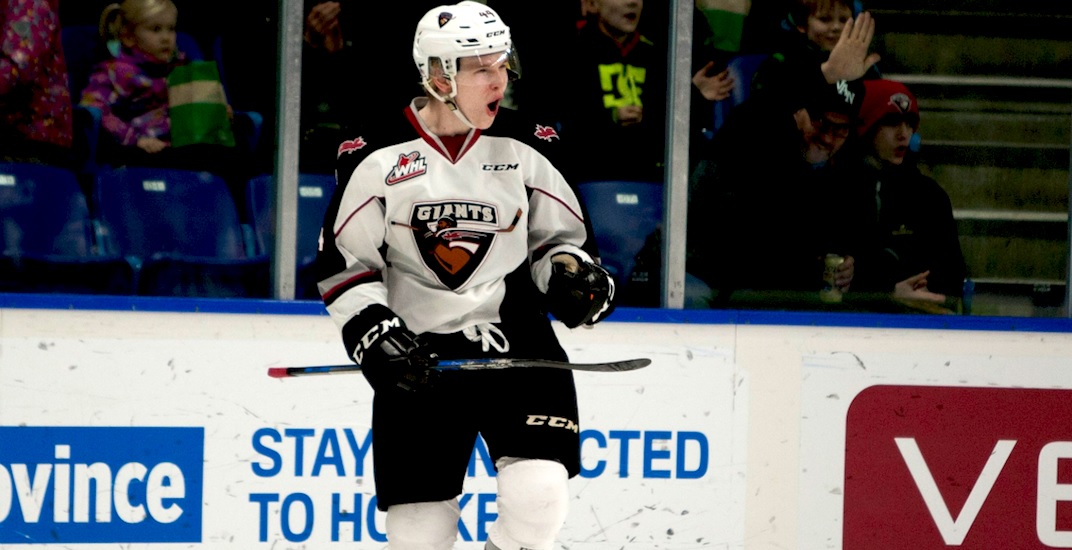 The 2019 NHL Draft begins on Friday evening, and the Chicago Blackhawks’ selection at number three overall remains the tipping point for the entire draft. Chicago has needs and depth at the same time, and there are anywhere between 2-7 “right fit” players on the board, depending on who you read/listen to/trust.

We profiled six possibilities for the Blackhawks:

So what are the mock drafts saying the Hawks will do at three? Let’s take a look.

Adam Kimelman – Alex Turcotte, C, USA U-18 (NTDP): Turcotte grew up in the Chicago suburbs where he idolized Blackhawks center Jonathan Toews, and now plays a similar style. Injuries early and late in the season made it tough for scouts to get a read on him, but when they watched him they saw a top-end scoring touch and a relentlessness at both ends of the ice that will make him even better as he adds size (5-11, 186) and strength next season at the University of Wisconsin.

Guillaume Lepage – Dylan Cozens, C, Lethbridge (WHL): The Blackhawks have great defensemen prospects and now have a chance to add an explosive young forward. The 18-year-old (6-3, 183) was 10th in the Western Hockey League with 84 points (34 goals, 50 assists) in 58 games and is one of the fastest and most threatening forwards in the 2019 draft class.

Alex Turcotte, Center, USA, 5-11, 185. Possesses the speed, playmaking ability and savvy to be a scoring-line center in the NHL. He’s a noteworthy two-way player.

Alex Turcotte, C, USA – This is where things could get interesting. There’s a very real chance that Chicago takes Bowen Byram here, but Turcotte is just too perfect a fit. A local kid who plays a tremendous two-way game, he could be a long-term No. 2 center and the heir apparent to Jonathan Toews.

Trevor Zegras, C, USNTDP: This pick has been rumoured to go a number of ways, and the latest name to gain traction is Zegras. A well above average playmaking centre, Zegras comes to the table with confidence and swagger.

Alex Turcotte (center, USA NTDP) – The 5-foot-11, 189-pound Turcotte had 26 goals and 61 points in 34 games for Team USA and played second fiddle to Jack Hughes this past season as the No. 2 center. What better way to train a player like Turcotte to be the No. 2 guy behind Jonathan Toews as he learns at the feet of one of the best two-way centers in the game? Turcotte is a solid two-way center with offensive upside, and that’s the kind of player that Blackhawks are always on the lookout for, particularly with Toews getting a little older. The clincher is that he grew up in Chicago idolizing Toews and fan-boying on the Blackhawks. So this is going to be a no-brainer for them.

Bowen Byram, LHD, Vancouver (WHL) – The top defenseman in the draft was a minute-eating warrior and became the first blueliner to lead the WHL playoffs in scoring.

Alex Turcotte, C, USA – It’s probably a 50-50 decision between Bowen Byram and Turcotte at this point. But forwards are more guaranteed to pan out, and Turcotte plays at the most valuable forward position. He also boasts a well-rounded skill set and insatiable tenacity that many liken to Jonathan Toews.

Alex Turcotte, USNTDP, center. It starts getting really tricky from here on down. A defenseman like Bowen Byram is awfully tempting, but Turcotte has Chicago ties and he’s often compared to Blackhawk star Jonathan Toews. It’s a good fit.