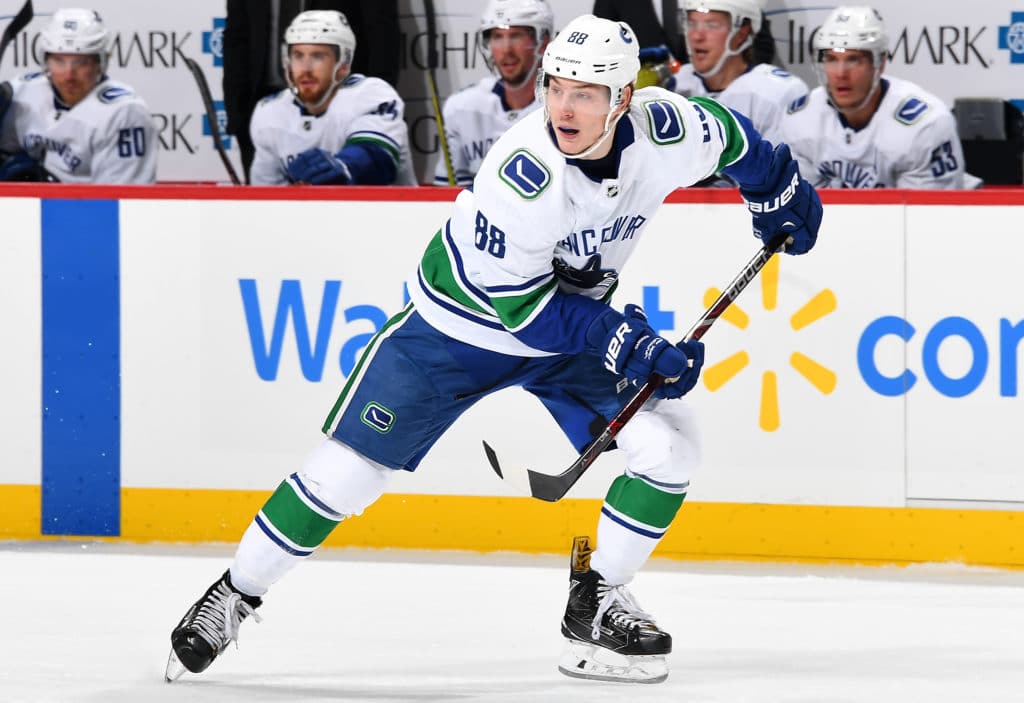 The Chicago Blackhawks have acquired forward Adam Gaudette from the Vancouver Canucks in exchange for forward Matthew Highmore.

?We have a trade to announce?

The #Blackhawks acquire forward Adam Gaudette from the Canucks in exchange for forward Matthew Highmore.

Gaudette is signed through this season (salary cap hit of $950,000) and will be assigned to the #Blackhawks active roster. #NHLTradeDeadline pic.twitter.com/KFawYoVbZH

Gaudette, 24, has four goals and three assists in 33 games for the Canucks this season. A right-handed center, Gaudette in in the final year of his current contract that carries a $925,000 cap hit; he is an RFA at the end of the 2021 season. He was initially a fifth round pick (#149 overall) by Vancouver in the 2015 NHL Draft.

Given the NHL’s quarantine rules and the current COVID issues in Vancouver, it might be a while before we see Gaudette in the lineup for Chicago. Gaudette is out of COVID protocols, however.

Gaudette’s name has been in the rumour mill for a while. All the way back into last off season. Never really was able to find his game on a consistent basis here. #Canucks send him to Chicago for a player they believe has some decent upside.

Gaudette played college hockey with former Hawks prospect Dylan Sikura at Northeastern, where he led the team with 30 goals and 30 assists in 38 games during the 2017-18 season. He won the Hobey Baker Award as the top collegiate hockey player in 2018.

In 59 games with the Canucks in 2019-20, Gaudette scored 12 goals with 21 assists. He brings more offensive upside than Highmore.