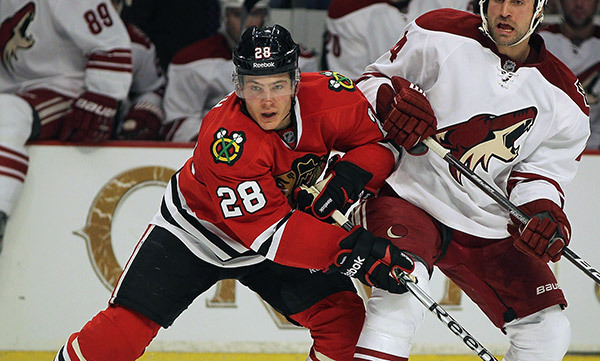 Desjardins, 28, has five goals and three assists in 56 games with the Sharks this season. He has also racked up 50 penalty minutes, 96 hits and 31 blocked shots. He is an unrestricted free agent this summer.

Smith, 26, was a top penalty killer for the Blackhawks over the last couple years. The former Frozen Four Most Outstanding Player had five goals and four assists in 61 games for the Hawks this season, but couldn’t buy a goal over the last couple months. His contract runs through the 2015-16 season with a $1.5M cap hit.