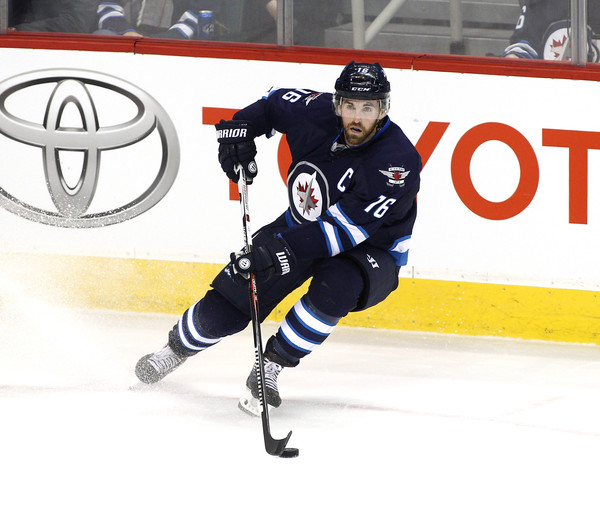 Before Thursday night’s game against the Nashville Predators, the Blackhawks made a huge deal to bolster their championship chances.

Andrew Ladd, who was part of the Hawks Cup run in 2010 and has since been serving as the captain of the Winnipeg Jets, has been acquired by GM Stan Bowman.

The Blackhawks traded top prospect Marko Dano, their 2016 first round pick and a conditional pick to Winnipeg to get Ladd. Winnipeg is reportedly retaining 36 percent of Ladd’s cap hit in the deal.

Chicago also acquired defenseman Jay Harrison and forward Matt Fraser. Harrison, 35, has five points in 35 games with the Jets this season. Fraser, 25, has 14 points in 44 games with Manitoba in the AHL this year.

Dano, acquired in the Brandon Saad deal over the summer, has four goals and 19 assists in 34 games with Rockford this season as a 21-year-old.

The conditional pick going to Winnipeg in the Ladd deal is a 3rd rounder in 2018 if Hawks win the Cup.