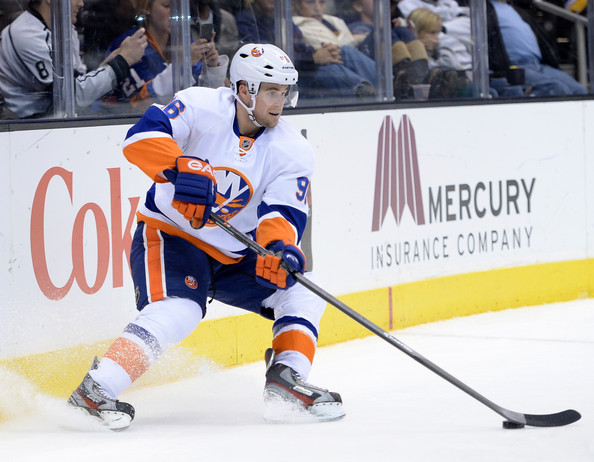 The Blackhawks have reportedly acquired forwards Peter Regin and Pierre-Marc Bouchard from the New York Islanders in exchange for a 4th round pick in the 2014 Draft. The Islanders have reportedly retained half of the salaries of both players.

Bouchard and center Brandon Pirri have both been assigned to Rockford on Thursday night. Bouchard, 29, was loaned to Bridgeport of the AHL on December 10. He posted four goals and five assists in 28 games with the Isles this year.

He was the eighth overall pick in the 2002 Draft, and had spent his entire career in the Minnesota organization before signing a one-year, $2M deal with the Islanders for the 2013-14 campaign. He established a career high with 63 points in 2007-08, but was limited to only 96 combined games over the 2010-11 and 2011-12 seasons because of injuries.