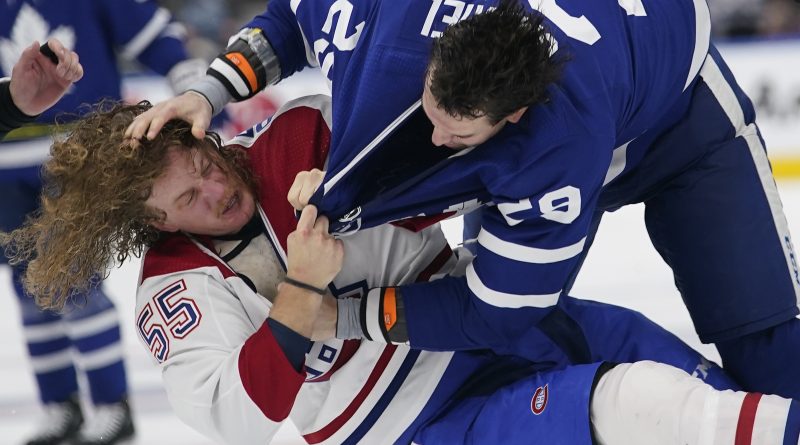 The Blackhawks made a minor trade on Thursday. Chicago sent defenseman Chad Krys to Toronto for forward Kurtis Gabriel.

Gabriel, 28, was originally a third-round pick (No. 81 overall) by Minnesota in 2013. In 49 career regular season NHL games, he has accumulated two goals, three assists and… 153 penalty minutes. He’s listed at 6-4 and 200 pounds and is a right-handed shot.

Krys, 23. was the Hawks’ second-round pick (No. 45 overall) in the 2016 NHL Draft. Injuries have impacted his entire professional career, but the Blackhawks’ organizational depth on the blue line made a move inevitable.

It’s pretty clear why the Blackhawks were interested in Gabriel. They’ve been pushed around too much this season and he may be a guy who can throw hands on the fourth line. He has two points and 36 penalty minutes in 13 games with the Toronto Marlies this season.