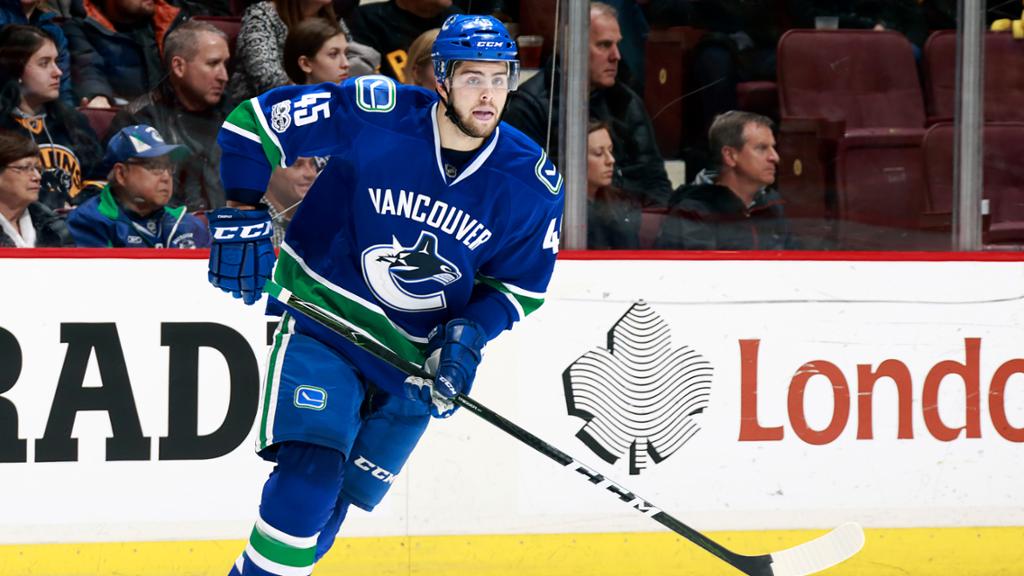 On Sunday the Blackhawks traded center Tanner Kero to the Vancouver Canucks for forward Michael Chaput.

Chaput, 26, is a restricted free agent.

Originally a 3rd round pick (#89) in the 2010 NHL Draft by Philadelphia, Chaput has scored six goals with 11 assists in 135 NHL games. Last season he scored 17 goals with 25 assists and 59 penalty minutes in 55 games with Utica in the AHL and appeared in nine NHL contests with the Canucks.