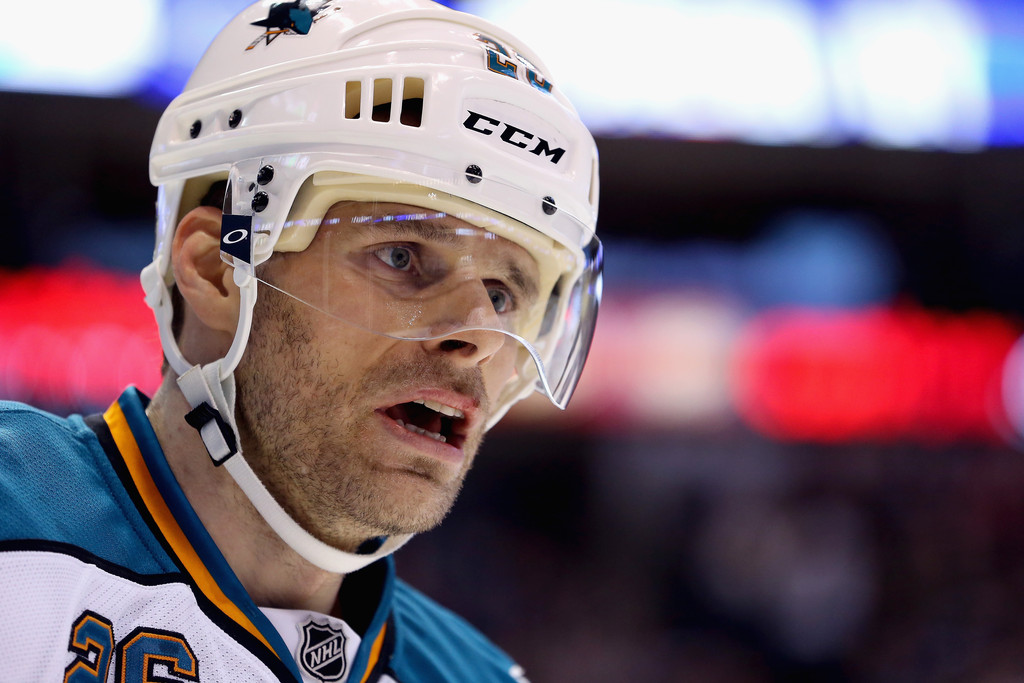 The Chicago Blackhawks have traded a fourth round pick to the San Jose Sharks for veteran center Michal Handzus. Handzus, 36, has one goal and one assist and is minus-nine in 28 games with the Sharks this season. He won 55.6 percent of his faceoffs this season in San Jose, and was credited with 23 blocked shots. Handzus was averaging 13:32 on ice per game, 1:59 of which came short-handed.

He previously wore the Indianhead sweater for eight games during the 2006-07 season.

According to CSN Bay Area, the fourth round pick headed to San Jose will be in the 2013 Draft, and originally belonged to San Jose. So… the Hawks got Handzus for nothing.

Brandon Bollig was sent to Rockford to make room on the roster for Handzus.