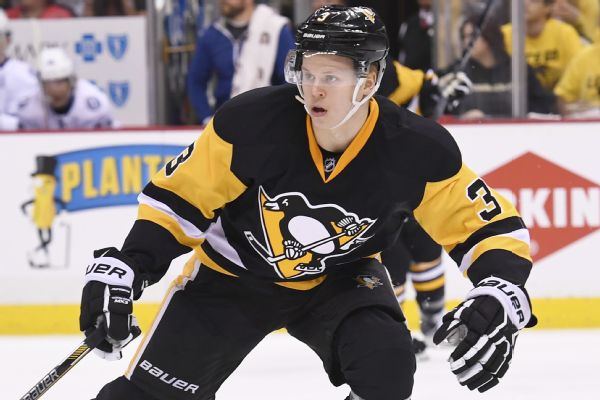 On Saturday evening the Chicago Blackhawks traded forward Dominik Kahun and a fifth round pick in the upcoming 2019 NHL Draft to Pittsburgh for two-time Stanley Cup champion defenseman Olli Maatta. Maatta’s contract has a $4,083,333 cap hit through the 2021-22 season.

Maatta, who will turn 25 in late August, had one goal and 13 assists in 60 games for Pittsburgh last season. He was also credited with 116 blocked shots and 97 hits.  He averaged 18:35 on the ice for Pittsburgh during the 2018-19 regular season. The Penguins scratched a healthy Maatta for the final three games of their series against the Islanders in this year’s postseason.

Maatta is a left-handed shot, something the Hawks were not lacking. Brent Seabrook and Connor Murphy remain the only righties on the Chicago blue line.