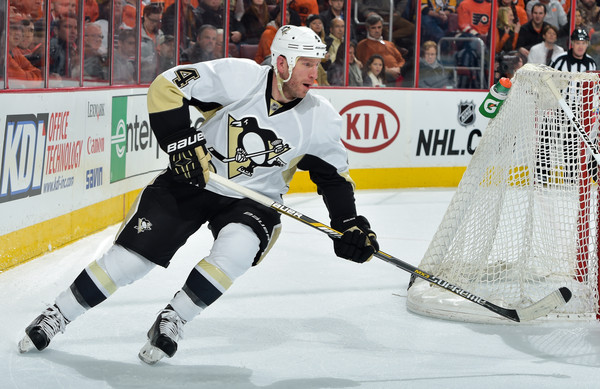 On Monday evening, the Blackhawks made a deal to improve their blue line – and cleared up cap space in the process.

Chicago traded defenseman Trevor Daley to Pittsburgh for veteran defenseman Rob Scuderi. Pittsburgh will reportedly retain one-third of Scuderi’s cap hit for the remainder of the 2015-16 season and during the 2016-16 campaign as well.

Scuderi, 36, has been credited with four assists and 32 blocked shots and ranked fourth on the Penguins averaging 2:40 of shorthanded ice time per game in 25 games with the Penguins this season. He has been a member of two Stanley Cup champions (2009 and 2012).

Perhaps the most unsettling part of the deal is the reality that, when Scuderi was drafted by Pittsburgh in the fifth round of the 1998 NHL Draft, Teuvo Teravainen had yet to celebrate his fourth birthday.

Daley had six assists in 29 games after he was acquired in the trade that sent Patrick Sharp and Stephen Johns to Dallas late this summer.