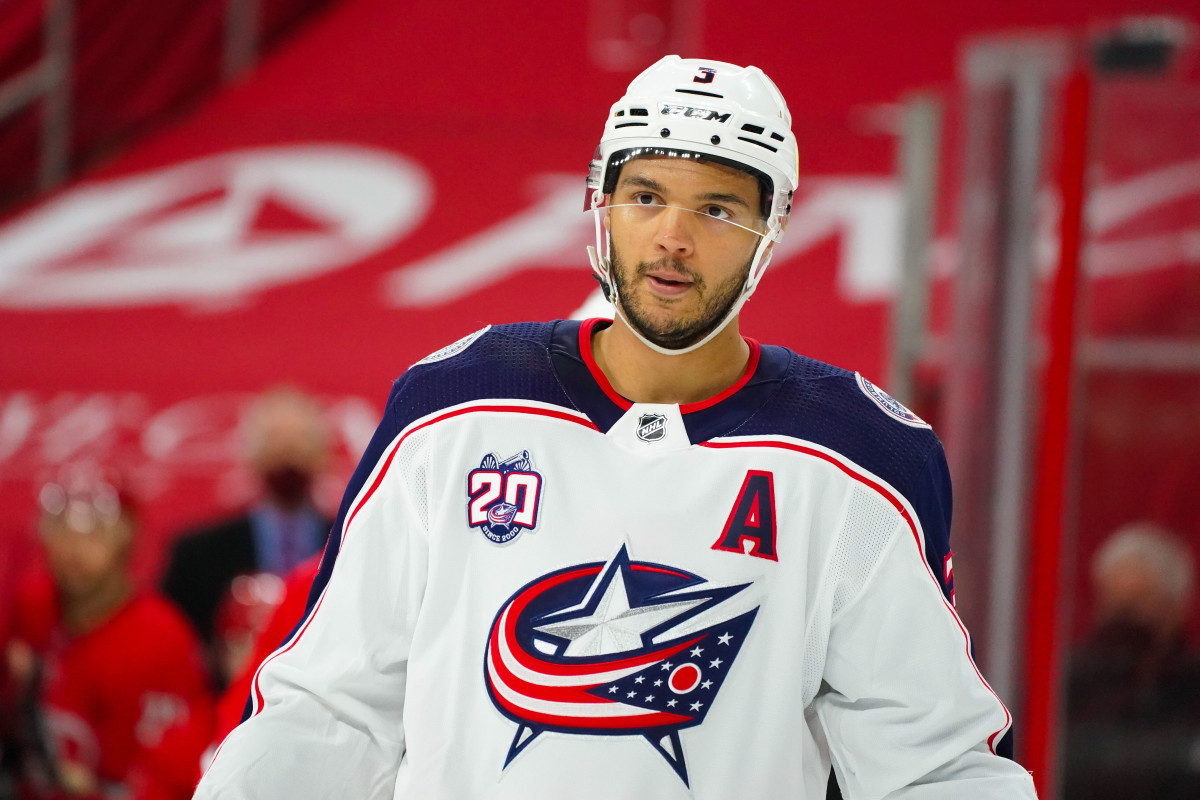 It’s happening people. The Blackhawks are getting Seth Jones.

But what did it cost? Adam Boqvist is the only player heading to Columbus. The Blackhawks are also sending three picks — their first and a second in 2021 and a first in 2022 — to the Jackets; Columbus is sending the final pick in the first round tonight and a sixth-rounder back to Chicago.

The first round pick the Blackhawks are sending to Columbus is protected; if it falls in the top two overall picks, it moves to the 2023 NHL Draft.

Oh, and the Hawks signed Jones to an eight-year extension with a $9.5M cap hit.

My mistake. 8 year extension for Jones

Seth Jones, this time with positive value probability for A SEVEN YEAR $9.5 MILLION EXTENSION ARE YOU KIDDING ME pic.twitter.com/QK3oGKpRvL

This is a huge swing for the Blackhawks, who give up a premium dollar amount for a player they clearly believe is a legit No. 1 defenseman. As a reminder: Jones’ deal with Chicago kicks in starting with the 2022-23 season — the final year of Jonathan Toews’ and Patrick Kane’s contracts. He’ll hit the cap for $5.4M million this season.

The numbers haven’t liked Jones the last couple seasons, but before the Torts train went off the rails in Columbus it appeared Jones was headed to top-tier elite status. He’s capable of playing heavy minutes and producing all over the ice.

The fact the Blackhawks only gave up Boqvist off the NHL roster means they’re far from done. The blue line is still terribly bloated and there are forward still on the roster who don’t fit the direction the team is headed.

Stay tuned… it could be a dramatic weekend for the Blackhawks.