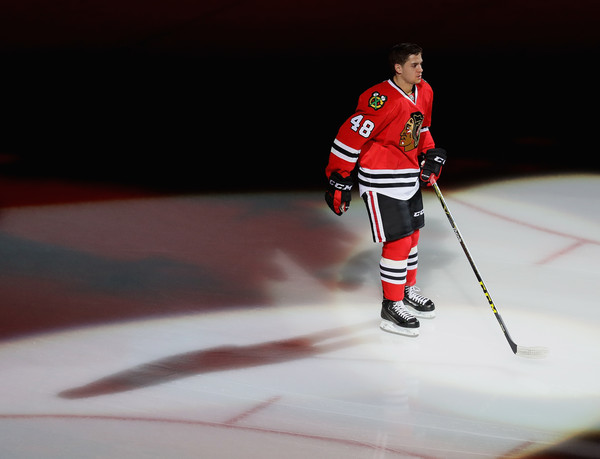 On Friday afternoon the Chicago Blackhawks acquired forward Vinnie Hinostroa from the Florida Panthers in exchange for forward Brad Morrison.

Hinostroza has appeared in nine games with the Panthers this season. He played the two previous seasons for the Arizona Coyotes, recording career highs in games played (72), goals (16), assists (23) and points (39) during the 2018-19 season. The Hawks traded Hinostroza to the Coyotes in the deal that sent Marian Hossa’s contract to the desert.

His contract, a one-year deal signed before the 2021 season, has a $1 million cap hit.