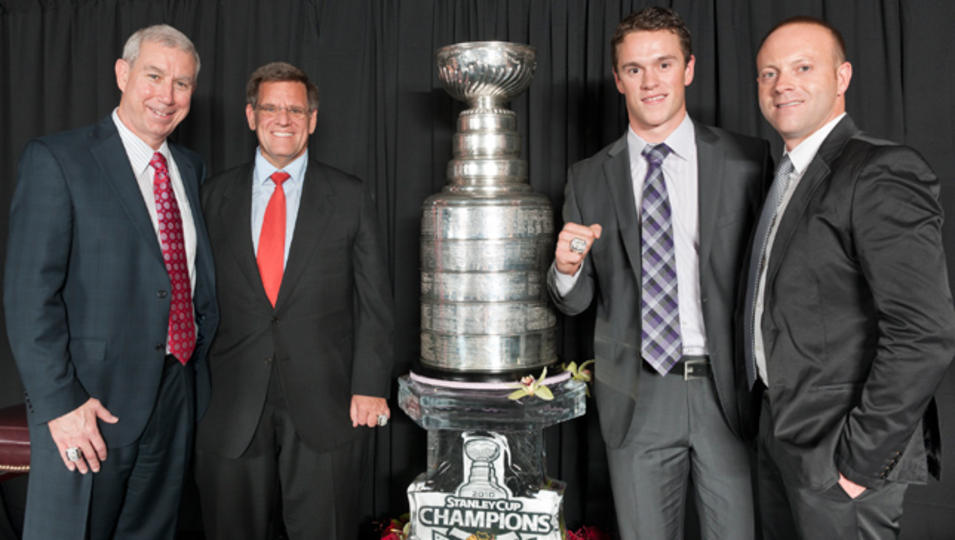 On Tuesday morning, the Chicago Blackhawks announced a three-year contract extension for Senior Vice President and General Manager Stan Bowman, which will run through the 2020-21 NHL season.

Bowman was named the ninth General Manager in Blackhawks history on July 14, 2009, and added the VP portion of his title the following September. He has been with the Blackhawks organization for 15 years, spending eight years in the Blackhawks Hockey Operations Department before replacing Dale Tallon as the GM.

“I am proud of how much Stan and his staff have accomplished and have great confidence in his leadership as our organization continues to strive for consistent excellence,” said President & CEO John McDonough. “Under Stan’s guidance, our Hockey Operations Department is strong across all levels, including scouting, player evaluation and development, and salary cap management. He has created a sound structure that Blackhawks fans can be excited about for many years to come.”