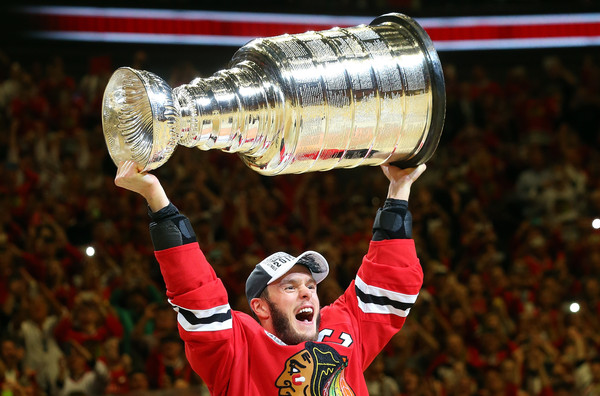 The Chicago Blackhawks announced on Monday morning the release dates of their 2015 Stanley Cup championship movie and book.

The 240-page hardcover book “One Goal III: The Inside Story of the 2015 Stanley Cup Champion Chicago Blackhawks” will go on sale Tuesday, Nov. 10, followed by “Hat Trick” on DVD and Blu-ray on Tuesday, Nov. 17. Here’s the trailer for “Hat Trick.”

Both items will be available for purchase at all Blackhawks Store locations and via Shop.NHL.com. “Hat Trick” will also be sold at Chicagoland Jewel-Osco locations beginning Friday, Nov. 20. Jewel-Osco will donate all profits from sales of the DVD and Blu-ray to Chicago Blackhawks Charities.