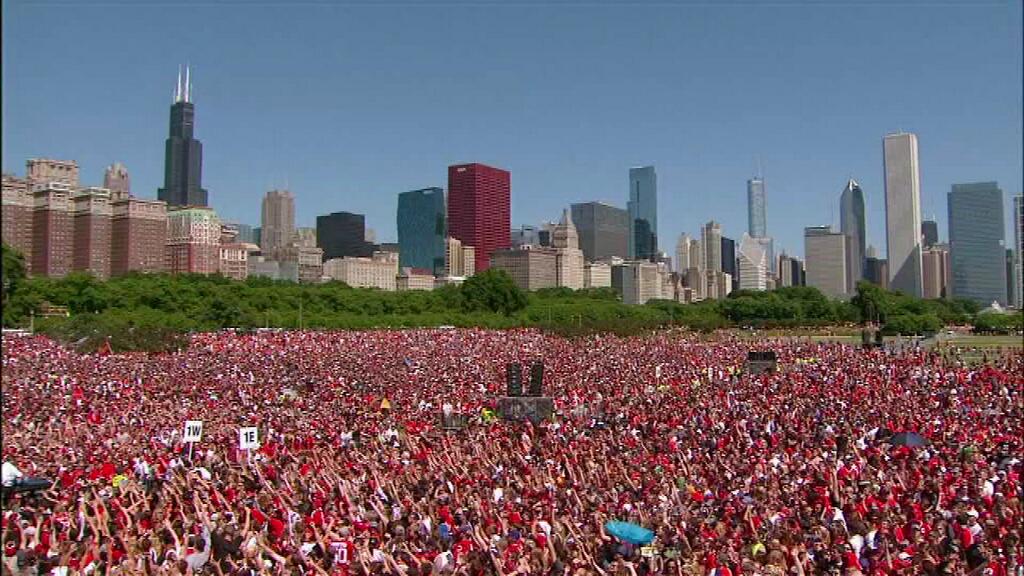 The Chicago Blackhawks made a major announcement regarding the future of the franchise’s broadcasting on Wednesday.

The Blackhawks game against the Detroit Red Wings on March 6 will be the organization’s first Spanish-language radio broadcast. The Hawks have formally partnered with Univision America (WRTO AM 1200), Chicago’s only Spanish-language, full-service news/talk radio station, and the game will be called by commentators Hector Lozano and Omar Ramos.

From the team release:

“Our partnership with Univision is an important, historic step for the Blackhawks organization,” said Executive Vice President Jay Blunk. “As the Blackhawks brand continues to grow, it is of paramount importance to make our franchise as accessible as possible. We are very proud of today’s announcement and thank our partners at Univision for their support and vision.”

“Chicago is the best sports town in America. Univision Chicago is committed to delivering the best local sports content possible. We’re proud to be entering into a new partnership with the Chicago Blackhawks by connecting our audiences to the Blackhawks’ well-established tradition of excellence,” Univision Chicago Vice President/General Manager Doug Levy said. “In addition to our radio, TV and digital platforms, we will showcase the Blackhawks’ commitment to their Hispanic fans by working together on projects that make a difference in people’s lives. It will be exciting to innovate ways to grow our relationship during this current season and for years to come.”