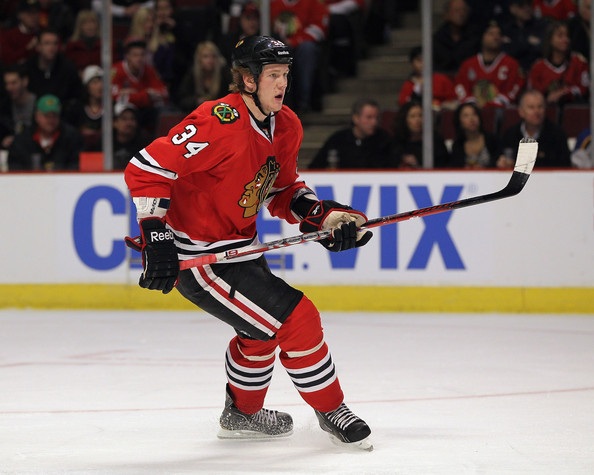 On Thursday afternoon the Blackhawks announced their roster for the 2013 Rookie Tournament at Budweiser Gardens in London, Ontario. Also participating in that tournament, which runs from Sept. 5-8, will be prospects from the Pittsburgh Penguins, Toronto Maple Leafs and Ottawa Senators. If anyone questioned where defenseman Dylan Olsen stands with the organization, his name being on the roster for this tournament serves as a strong indication that he needs to have a good season. After playing 28 games in the NHL during the 2011-12 season, Olsen will join a roster filled with AHL rookies, prospects headed back to juniors and unsigned free agents.

Also on the blue line at the tournament will be Dillon Fournier, Travis Brown, Joe Gleason, and Viktor Svedberg. Fournier, the Hawks’ second round pick in 2012, will draw a lot of attention after posting 38 points in 52 games last year with Rouyn-Noranda in the QMJHL.

Up front, the Blackhawks will spotlight their two first round picks from the 2011 Draft, Mark McNeill and Phillip Danault. Drew LeBlanc, Garret Ross, Maxim Shalunov, Joakim Nordstrom and both Terry and Alex Broadhurst will also be in attendance as well.

McNeill and Danault will play their first full AHL seasons with Rockford this year.

Mac Carruth and Brandon Whitney will serve as the two goaltenders at the tournament. Carruth, 21, had a strong season for Portland in the WHL last year while Whitney, 19, is coming off his first season with Victoriaville in the QMJHL.