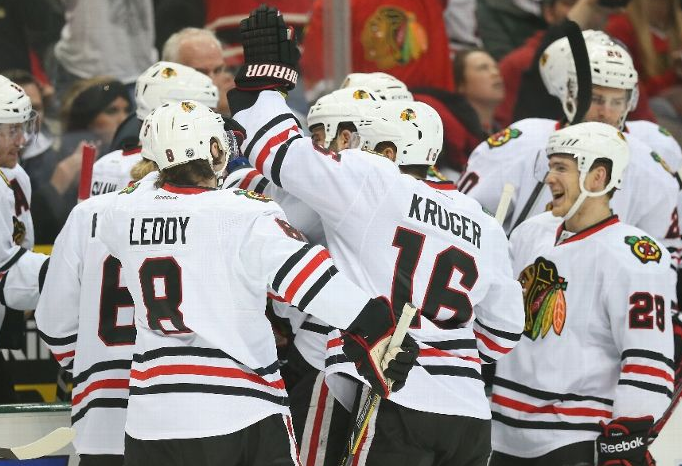 On Thursday morning, the Blackhawks announced the players who will be on the ice when the NHL training camp begins. Obviously, the veterans who were the core of last year’s team will be back. But a collection of youngsters will also be in the mix for ice time in early preseason games, hoping to make an impression.

Among the prospects invited to training camp are:

Also invited to camp are older players hoping to get a shot at the NHL, including Kyle Cumiskey, Cody Bass, Brandon Mashinter and Pierre-Cedric Labrie.

The Hawks have invited six goalies to camp, including Corey Crawford and Antti Raanta. For the other four, this camp will serve as an opportunity to establish the depth chart in Rockford as much as show the NHL brass their skills. Scott Darling, Michael Leighton, Mac Carruth and Kent Simpson will compete for roster spots and ice time in Rockford, with two eventually heading to Indianapolis.

Cam Barker is among the non-roster invites for the training camp. The former #3 overall pick, who was infamously traded for Nick Leddy, is trying to get another shot at the league. Justin Holl is also among the invites; the 2010 second round pick signed an AHL contract with the IceHogs this summer.