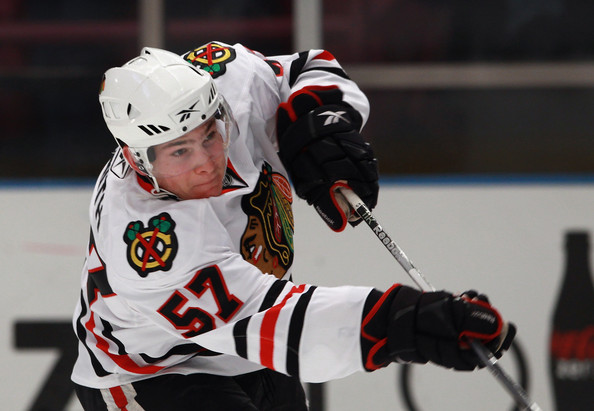 The Blackhawks assigned forwards Ben Smith and Ryan Potulny to Rockford on Tuesday.

Smith was called up to replace Marian Hossa and failed to score a point in three games. He was minus-two while averaging 12:31 on ice per game, and was only credited with one shot on goal. Beyond the box scores, though, Smith showed good ice awareness and fought hard for the puck. He also won four of five faceoffs with Chicago. Nothing about his time in Chicago was a disappointment.

For Potulny, who came up when Dave Bolland got hurt, the stay in Chicago was shorter. In just two games, Potulny averaged 10:25 on ice and was minus-one. He won seven of 16 faceoffs.

Bryan Bickell sat the last two games, and should return to the lineup. Whether or not this move is strictly salary cap-related or if the Hawks have plans to bring up another forward is still to be determined.