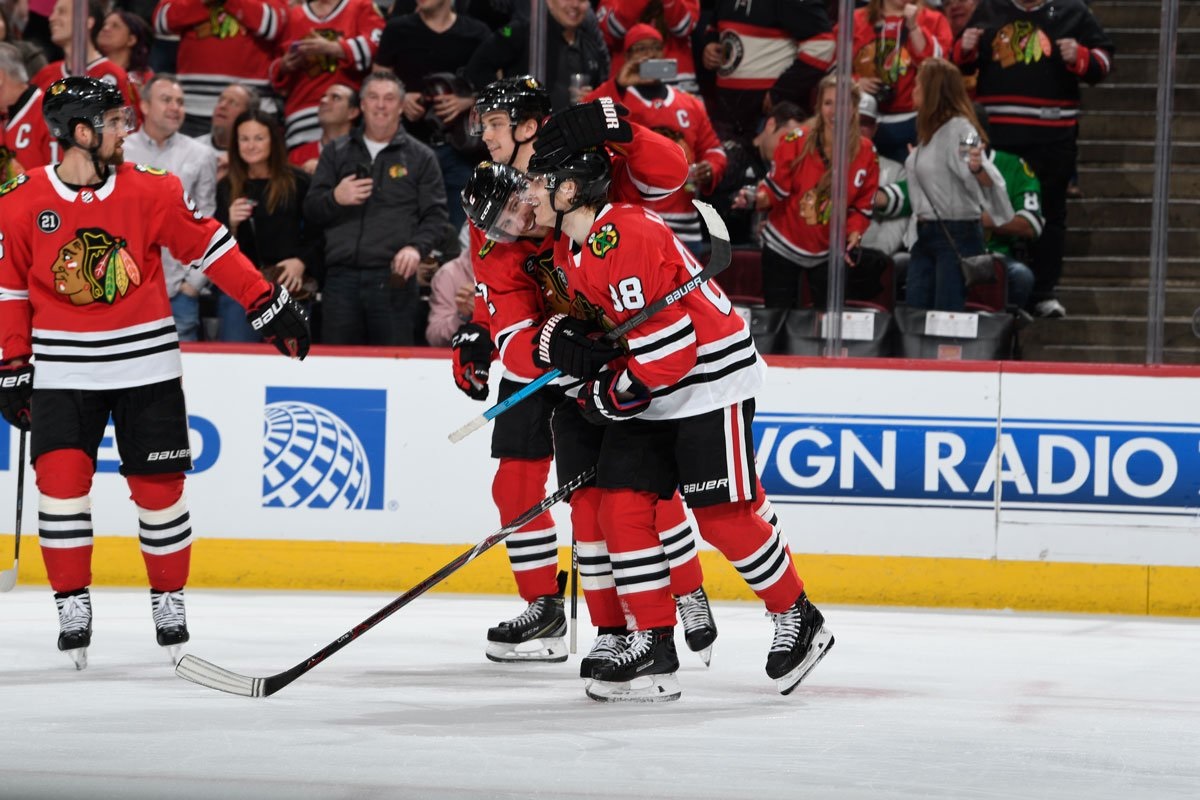 Jonathan Toews and Patrick Kane are both having marvelous seasons, and each established a new carer benchmark on Wednesday night. Sadly, their terrific seasons will end this weekend.

With nothing left to play for, the Blackhawks decided it was time to see what a young defenseman could bring to the table. So the team recalled Dennis Gilbert from Rockford before Wednesday’s battle against the St. Louis Blues.

Gilbert, 22, had five goals and nine assists in 59 games with the IceHogs this season. He had been playing well lately, and took the NHL roster spot of Dylan Sikura; the Hawks sent Sikura and his zero goals back to Rockford on Tuesday. He wore number 39.

The only goal in the first period came off the stick of Toews.

The goal is the 35th of the season for Toews, setting a new career high for the future Hall of Famer. Kane and Drake Cagguila picked up assists on the marker.

Vladimir Tarasenko tied the game 26 seconds into the second period because he kills the Blackhawks. Erik Gustafsson coughed up the puck and Tarasenko took care of the rest, as he has done so often in his career.

However, 13 minutes later Dominik Kahun threw a shot at the net that was redirected by Artem Anisimov. The tip beat Jake Allen for Anisimov’s 15th of the season.

After 40 minutes of hockey the Blackhawks had maintained their one-goal lead.

At 11:37 into the third period Patrick Kane did something special.

The goal gave Kane two points in the game and 107 on the season, establishing a new career high for one of the all-time great players in Blackhawks history.

David Perron brought the Blues back to within one 46 seconds later. Giving up goals quickly after scoring has been one of the (many) fatal flaws of this year’s Hawks team, and it bit them in the ass again on Wednesday.

But the Hawks were able to cling to their one-goal lead for nearly seven full minutes. A couple Blackhawks, including Kane, had chances to put the puck into the empty cage and seal the deal but failed on their attempts. And with Allen on the bench for the extra attacker, Tyler Bozak jammed a loose puck through Cam Ward to tie the game. There were 38 seconds remaining in regulation when Bozak scored.

So we headed to overtime because why not.

Brandon Saad had a great chance 2:20 into overtime but could not beat Allen. With 2:20 left in overtime Kane whiffed on a gorgeous opportunity during a 3-on-1, allowing the Blues to catch up with the play.

The Blues never got a great shot attempt on Ward in the overtime but Chicago couldn’t finish, so we got a shootout. Because, again, why not.

Toews made a deposit in the first round of the shootout for Chicago. Bozak was denied by Ward.

Kane’s attempt was turned aside by Allen in the second round. Ryan O’Reilly was also denied by Ward.

DeBrincat lost control of the puck and didn’t get a good shot on net in the third round. Taresenko was rejected by Ward and the Blackhawks emerged victorious.