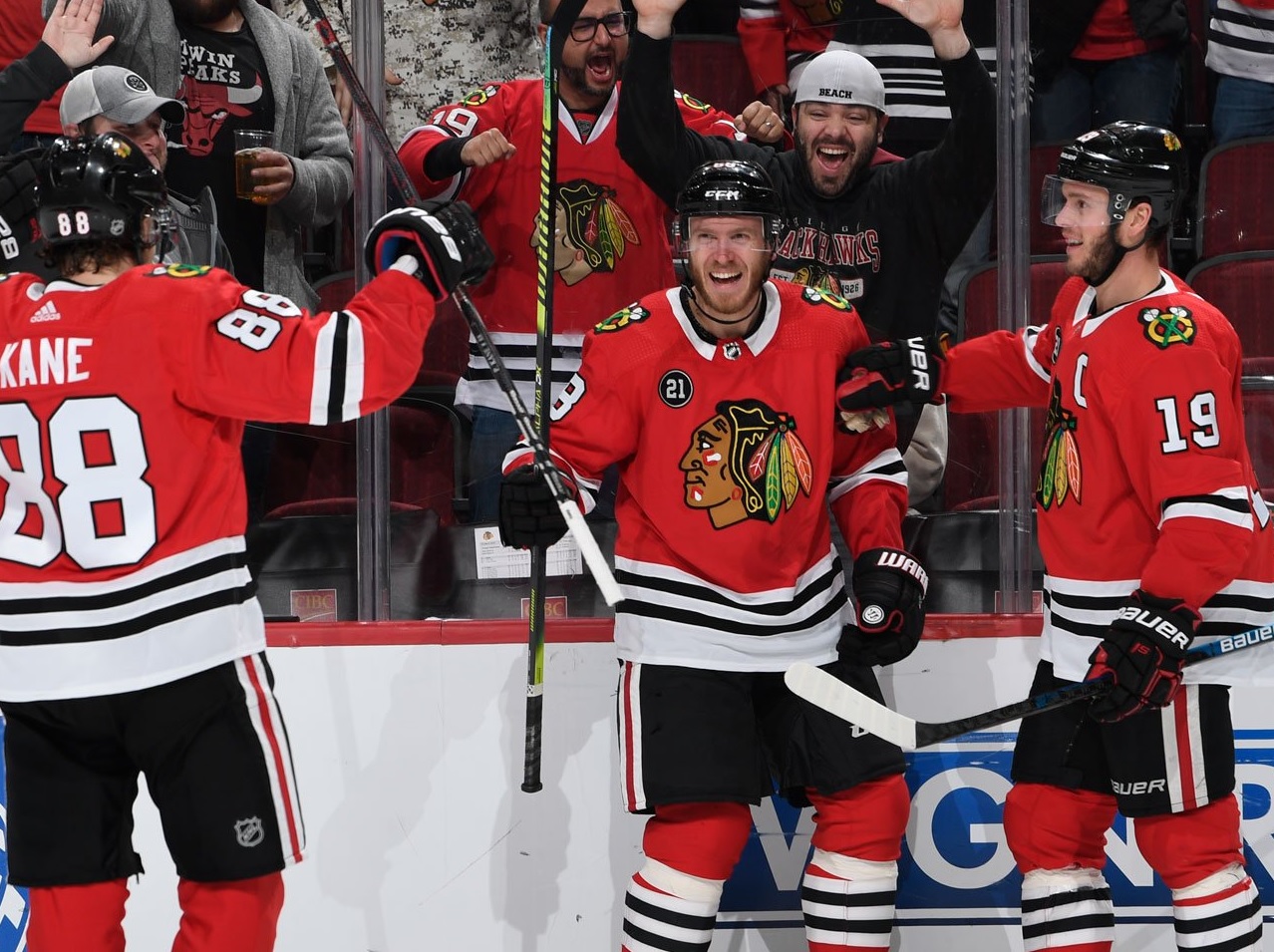 The Dallas Stars came into Friday night’s game at the United Center with playoff implications and the possibility of winning the Jennings Trophy on the line.

The Chicago Blackhawks skated into their home finale with pride.

On this night, pride showed out and the Stars never showed up.

Patrick Kane scored his 43rd of the year at 16:45 into the game to give the Blackhawks a one-goal lead.

Dallas didn’t look interested at any point in the first period and the Blackhawks were able to control the action for most of the opening 20 minutes.

If Dallas was lethargic in the first period, they were boring in the second.

Unfortunately Corey Crawford left the game because of a groin issue less than six minutes into the second period. Cam Ward replaced him in net. No, Scott Foster wouldn’t be needed on this night.

Chris Kunitz flipped in his fifth of the year less than two minutes later.

And with 2:09 left in the second Dylan Strome reached the 20-goal benchmark on the season.

Chicago had a 23-20 shot advantage after 40 minutes but held a 4-0 lead on the scoreboard.

Slater Koekkoek extended the lead to five just 44 seconds into the third.

However, on the radio broadcast of the game Troy Murray mentioned that the Blackhawks hadn’t been short-handed yet on the night. Less than two minutes later, Chicago found itself on the penalty kill and Joel L’Esperance ended the shutout bid because the Blackhawks PK sucks.

But Kane would close the books on a stellar home season with his 44th of the season at 16:11 and the Blackhawks would skate away the final four minutes with a huge lead.

Crawford stopped all nine shots he faced in 25:46. Ward made 25 saves the rest of the way.

As you might guess, a six-goal performance led to a generous box score.

Brent Seabrook led the defensemen with two assists. Gustav Forsling, who served Chicago’s only penalty, and Connor Murphy finished with an even plus/minus. The other four defensemen were all plus-three.