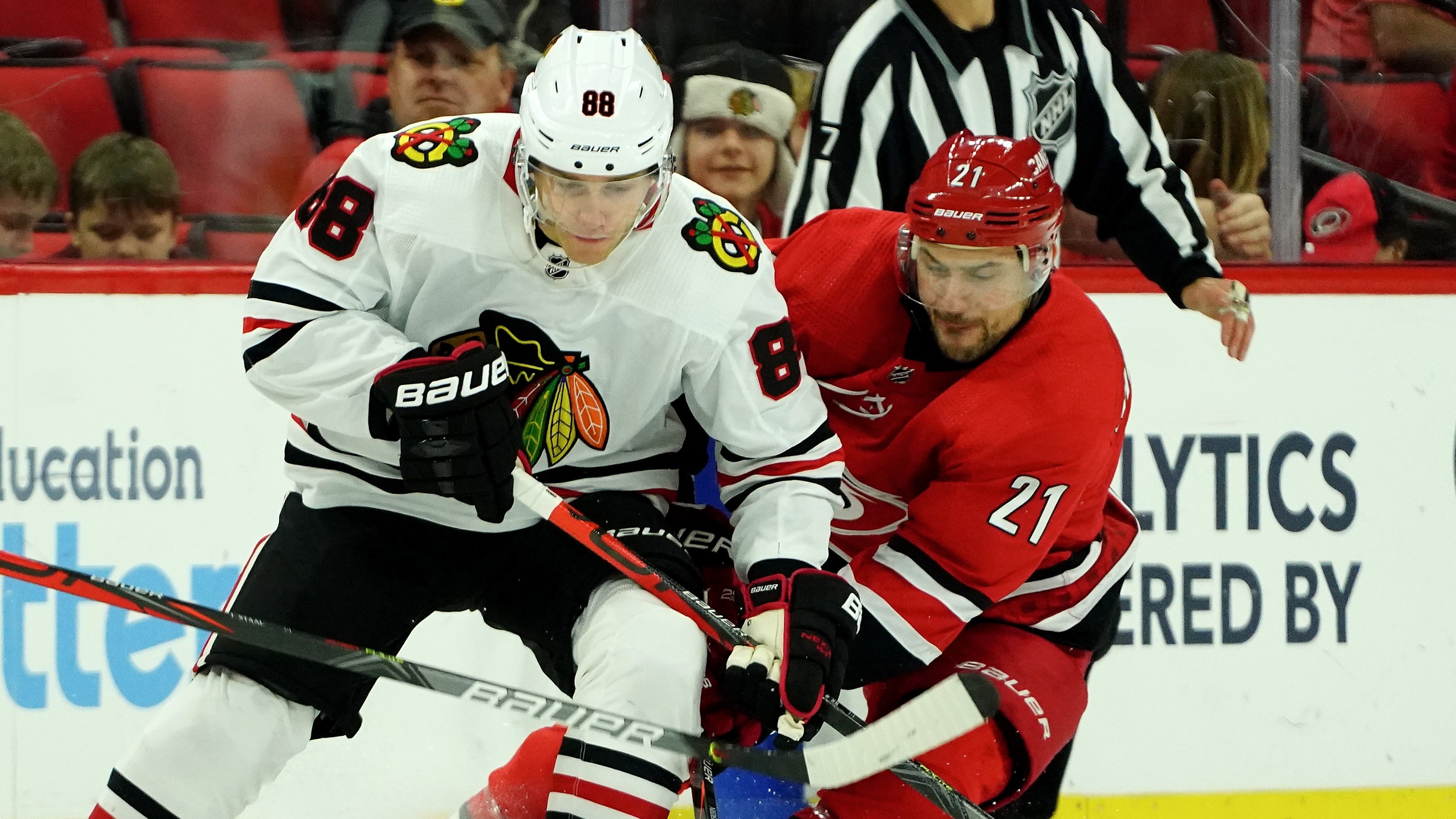 At least this game ended early enough that there was plenty of Saturday left to enjoy.

After a lackluster performance against Philadelphia clearly pissed off head coach Jeremy Colliton to the point that his frustration was evident in his postgame press conference, the Blackhawks headed to Carolina for a matinee against a good Canes team that had lost three straight.

The Blackhawks had three power plays. They failed to convert on any of them.

The Blackhawks out-shot the Canes in each of the first two periods. They failed to score in the opening 40 minutes of action.

The Blackhawks were short-handed twice. They failed to kill either penalty.

When the final horn sounded the Blackhawks had a 32-31 shot advantage. And the scoreboard showed the Canes with a decisive 4-0 win.

Jonathan Toews skated 20:14. He won 13 of 20 faceoffs but was held to only one shot on net. Patrick Kane skated 21:14 and was credited with three shots on net. Alex DeBrincat skated 20:37 and put two shots on net. That trio was on the ice together for 14:57, during which the Blackhawks put 11 shots on net and the Canes put 12 on Corey Crawford.

Dominik Kubalik, David Kampf and Alex Nylander were on the ice together for 9:04. That group was on the ice for eight Blackhawks shots on net against three for the Canes.

Brandon Saad, Kirby Dach and Andrew Shaw were together for 9:40. Both teams out five shots on net while this Chicago trio was together.

The effort appeared to be better on the surface but the results are still nowhere to be found. The Blackhawks return to the United Center for a Sunday game with a 2-5-2 record.

121 thoughts on “Blackhawks Blasted In Carolina”