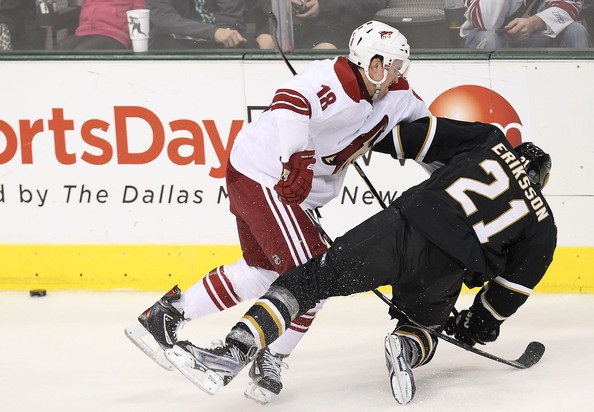 It was announced hours before the Blackhawks Convention opens that the team had reached an agreement with free agent defenseman Sami Lepisto on a one-year deal.

What does this mean to the blue line for the Hawks this year? Let’s take a look.

First, the Hawks now have seven defensemen on their NHL roster without including John Scott. When they began their title defense last October, Nick Leddy was forced to make his NHL debut on Opening Night because of Brian Campbell’s injury; this year, the Hawks have veteran depth that stacks up significantly better than the options Joel Quenneville was given last season.

We looked at the improvement back on July 4, but with Lepisto on the roster now we can make more concrete comparisons; at this point, it appears the Blackhawks roster is filled without Chris Campoli.

The three defensemen skating in Chicago will make, combined, less than 70 percent of Brian Campbell’s salary from last year.

Lepisto averaged 17:55 on ice per game last year, finishing with 16 points and a plus-10 rating. He probably fits into the rotation as a 6/7 defenseman with Sean O’Donnell. The addition of another veteran capable of skating 15-20 minutes per game should afford Quenneville the flexibility to skate his top defenseman fewer minutes each night.

4 thoughts on “Blackhawks Blue Line: What Sami Lepisto Means To The Depth Chart”