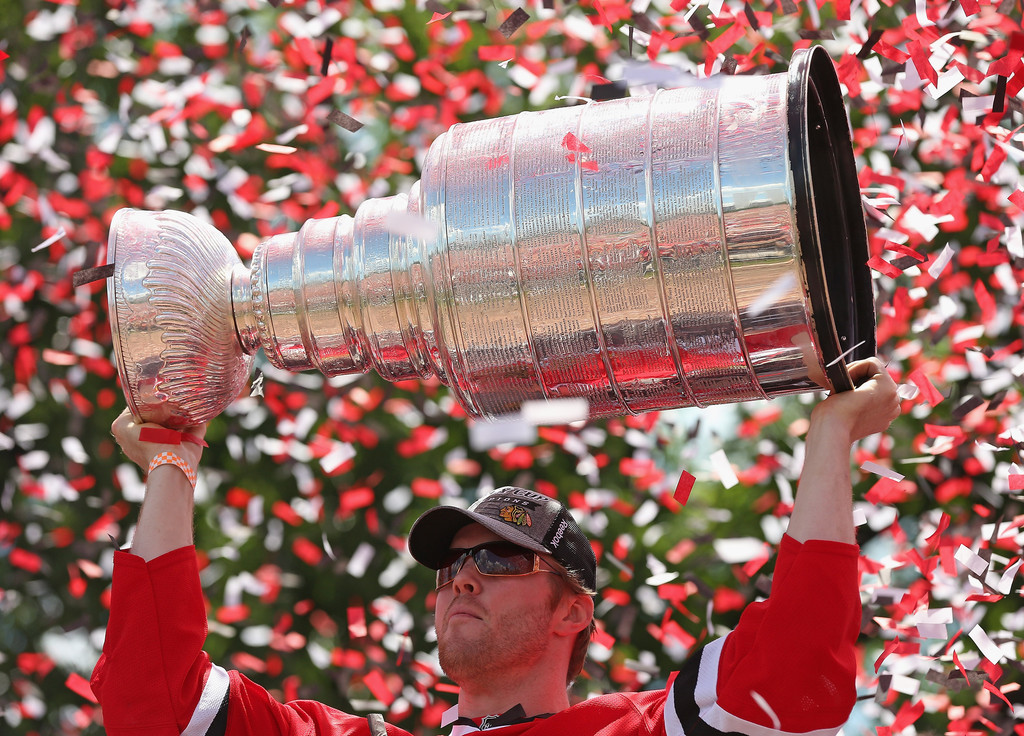 After trading away Dave Bolland and Michael Frolik during the 2013 NHL Draft, the Chicago Blackhawks signed forward Bryan Bickell to a four-year, $16M contract.

Sunday was a busy day for the Blackhawks, who made three trades inside the first four rounds of the draft and successfully added picks in the second and third rounds as part of the trades involving Bolland and Frolik.

The cap space opened up by moving two important pieces to their 2013 championship was used quickly to keep Bickell in-house.

For Bickell, the $4M cap number is a huge raise; his last contract was barely above the league minimum. The 27-year-old will now be expected to play like the power forward that dominated at times during the playoffs and not the player that had four points in three months during the 2011-12 regular season.