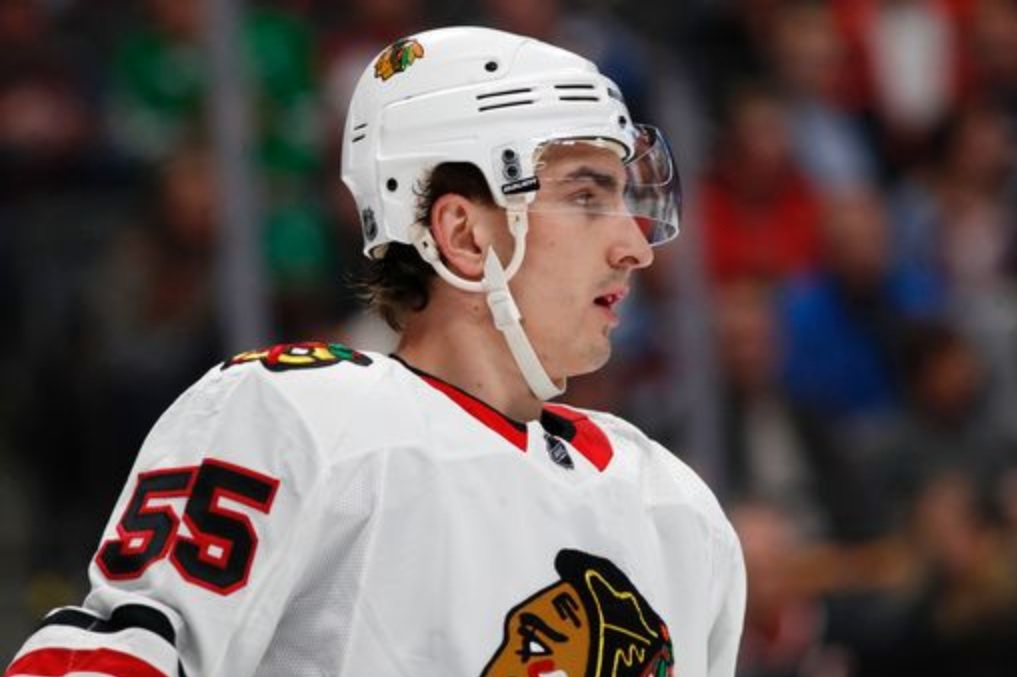 In the first period, Sven Andrighetto scored a power play goal for Colorado. After 20 minutes, the Avs led 1-0.

In the second period, Tyson Barrie scored a power play goal for Colorado. After 40 minutes, the Avs led 2-0.

In the third period, Mikko Rantanen scored a power play goal for Colorado.

But then Tyson Jost went and screwed up the story with an even strength goal a couple minutes later, putting the Blackhawks down four without much fight after playing in Chicago on Thursday.

With 6:25 left in regulation, Colorado starter Semyon Varlamov left because of an injury. Jonathan Bernier – not an accountant – came into the game in relief for the Avs. Unfortunately for Chicago, the four-goal lead Colorado had was safer than the four-goal lead the Hawks had at home 22 hours prior.

But just to make sure, Andrighetto added his second of the night to push the lead to five with 2:09 left in regulation.

Mercifully, that’s where the scored would end. And another one is in the books.

Barrie had three points (one goal, two assists) while both Andrighetto and Rantanen had two points each for Colorado.

Defenseman Blake Hillman made his NHL debut in Denver, where he finished his collegiate career for the Denver Pioneers last week. He skated over 19 minutes and dished out three hits with three blocked shots in a relatively solid first professional game.

In his second NHL game, Collin Delia didn’t get much help – but did finish what he started. He suffered the loss and was on the hook for all five Avs goals against 36 shots.

In his second NHL game, Dylan Sikura skated 14:16 and was credited with two shots on net, two blocked shots and one takeaway.

Artem Anisimov and Brent Seabrook led the Hawks with four shots on net.

Jan Rutta was scratched for Hillman.

61 thoughts on “Blackhawks Buried By Avalanche”