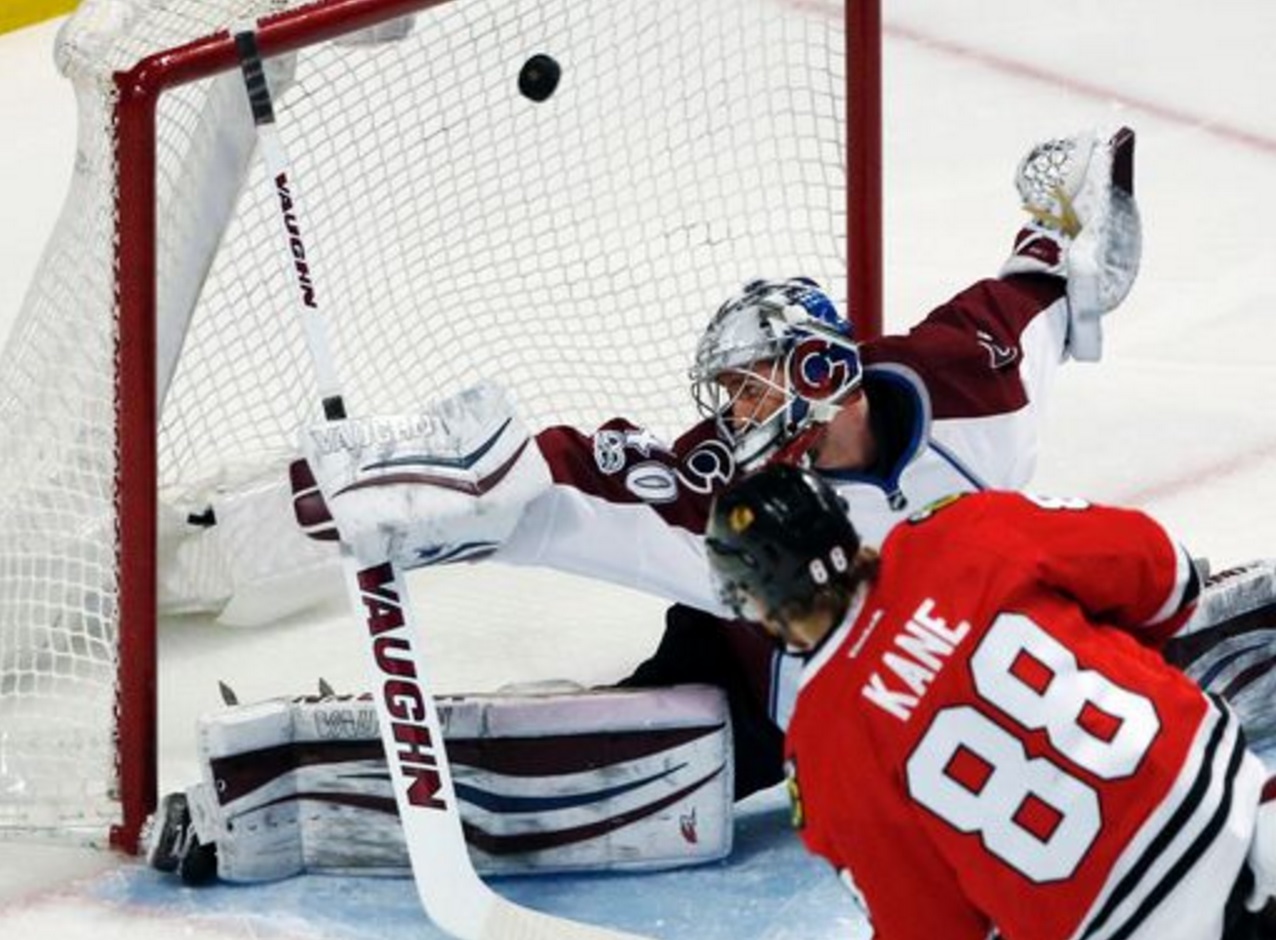 On Sunday evening at the United Center, the Blackhawks had a number of scenarios open to clinch a playoff spot. They all boiled down to beating a struggling Colorado Avalanche team who had Jeremy Smith making his seventh career appearance between the pipes.

Of course, beating the Avs was the hardest part of the equation. And without Marian Hossa, Artem Anisimov and Johnny Oduya in the lineup, the Hawks had work to do in their second game in as many days.

The game started alright, with the Hawks getting on the board first.

The lead didn’t last four minutes, however. Mikhail Grigorenko scored unassisted at 8:14 to tie the game. He came back seven minutes later for his second of the game and ninth of the season to give Colorado a 2-1 lead.

Chicago had the only power play of the first period and out-shot Colorado 10-7 in the first, but didn’t sustain pressure and Smith was good enough.

The Hawks started the second with three good minutes but that disappeared. At times, it appeared Duncan Keith was the only Hawks skater willing to put the puck on net, and Chicago relied too much on Scott Darling to bail them out of bad situations to keep the game close.

Joe Colborne is denied with the glove by Scott Darling off a Kempny turnover. #Blackhawks pic.twitter.com/CNxuAfasJD

Darling held up incredibly well but was beaten by a nasty redirect off the stick of Sven Andrighetto at 16:24 to extend the Colorado advantage to 3-1. That’s where the second period would stay, though the Blackhawks somehow had a 10-9 shot advantage in the middle stanza. Watching the game didn’t feel like the Hawks led the shot total 20-16 through 40 minutes, and the scoreboard reflected it.

Coach Joel Quenneville sent out a line of Artemi Panarin, Jonathan Toews and John Hayden to start the third period as the blender went into overdrive. Ryan Hartman came out with Nick Schmaltz and Patrick Kane for the next shift.

At 10:17 into the third, a Keith shot was redirected by both Hayden and Toews. It slipped past Smith to pull the score to within 3-2, but Colorado challenged that Toews was offside before the shot. Review appeared to show Toews was inches from getting back to the blue line when the puck re-entered the zone, but the call stood. And the lead was down to one.

And Artemi Panarin gave the Blackhawks a 4-3 lead… 17 seconds later.

Why stop there? Toews added his 20th of the season 1:28 later to make the score 5-3 in favor of the suddenly unstoppable Blackhawks.

Hayden, in his home debut, picked up assists on the first Toews goal and the Panik goal for his first career multi-point night. Reminder: he is playoff eligible. The Avs pulled Smith with two minutes left but the momentum didn’t move out of the red sweaters. Marcus Kruger buried a shot into the empty net for his third of the season and the fifth of the third period for Chicago to make the final score 6-3 Hawks.

Hayden finished with a team-leading five hits, two takeaways, one blocked shot and two assists in more than 17 minutes on the ice. Not bad for his third game in the NHL.

Panarin led Chicago with seven shots on net with one goal and one assist. He was one of three Hawks forwards to skate over 20 minutes in the game; Kane and Toews were the others. Kane had two points (one goal, one assist) as well to give Chicago four skaters with two-point nights.

Tanner Kero skated only 7:40 but was credited with an assist on Kruger’s goal. He also had two hits, one takeaway and won half of his six faceoffs. Kruger won seven of 11 at the dot.

Trevor van Riemsdyk led all Chicago skaters with 25:41 on the ice. He was credited with one assist, two blocked shots and two takeaways. Brian Campbell led Chicago with three blocked shots in 24:08.

The Blackhawks now have 99 points and are six points ahead of stumbling Minnesota.