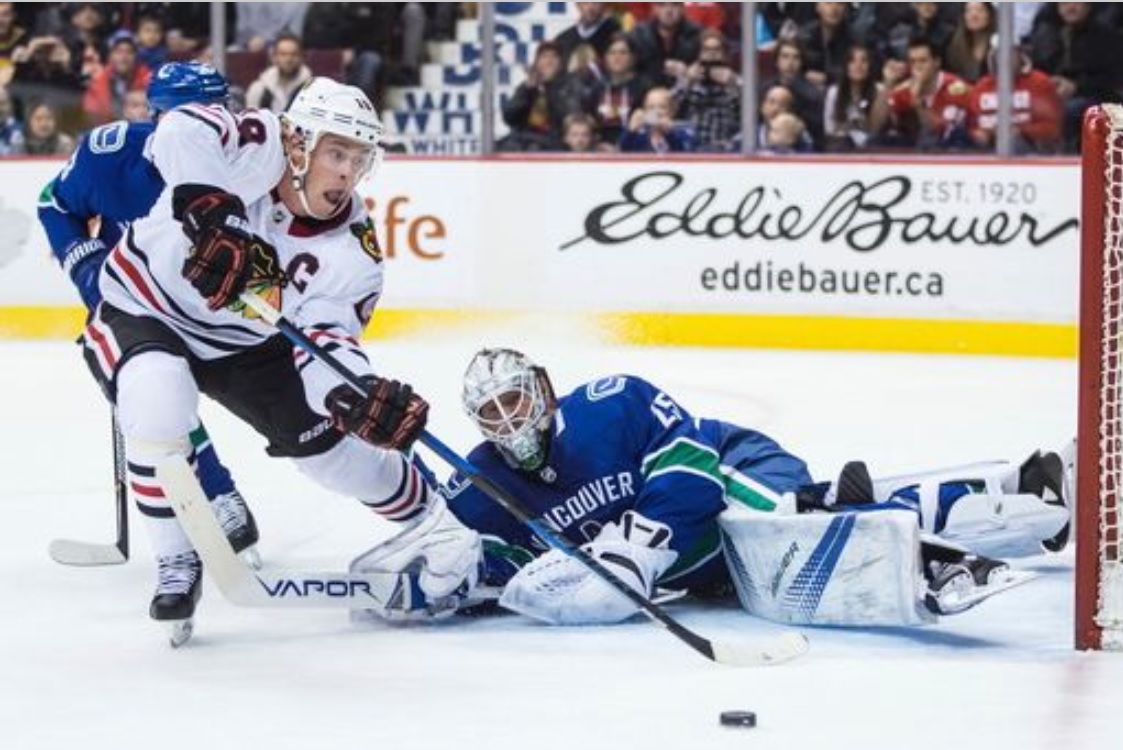 On Thursday night the Blackhawks visited a struggling Vancouver team – a game Chicago needs to win if they want to get into the playoffs.

And in the first period the Hawks looked like they wanted the two points.

Nick Schmaltz has been the Hawks’ hottest offensive player, and he remained on a strong run with his 14th goal of the season 15 minutes into the game.

Brandon Saad and Duncan Keith were credited with the assists.

Anton Forsberg had a terrific first period, stopping all eight shots he faced. Chicago was credited with 11 shots on net and carried a 1-0 lead to the first intermission.

If the effort and execution were good in the first, the second period was a terrific attempt to cure insomnia for the viewing audience in Chicago.

Officially, the shots were 7-7 in the second period. Unfortunately, Brendan Gaunce and Bo Horvat both beat Forsberg and the Canucks had a lead ten minutes into the second. The Hawks were able to kill a Ryan Hartman penalty late in the period that was… questionable.

Henrik Sedin takes a dive, which Pat Foley rips him for.

For Vancouver, Troy Stecher had two penalty minutes and two assists in the second.

When the Hawks came out for the third period, every other game involving a Central Division team was already in the books. The Hawks knew:

Three minutes into the third period, Daniel Sedin parked himself all alone in front of Forsberg and everyone in the road white sweaters watched as he calmly redirected a shot through Forsberg and into the net to extend the Canucks’ lead to 3-1.

For a while it appeared the Blackhawks were simply going through the motions, but then Alex DeBrincat happened.

DeBrincat’s 18th goal of the season came with assists to Keith and Jonathan Toews and got Chicago back to within one with 9:41 left in regulation.

The Hawks put pressure on but with three minutes left in regulation Loui Eriksson made a pretty pass to Gaunce who put home his second of the night to push the lead back to two.

Chicago pulled Forsberg for the extra attacker with 2:45 left in regulation but the Hawks couldn’t get anything going. The clock continues to tick away with the Blackhawks barely getting a decent shot on Jakob Markstrom.

The clock struck zero and the Hawks left two points on the table in Vancouver, losing a game they desperately needed.