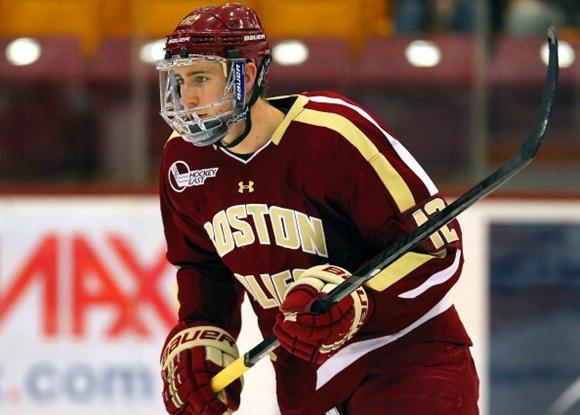 Some of the Blackhawks top college prospects were in action again on Saturday night.

After getting hammered by Notre Dame on Friday night, Boston College rallied to a 4-2 win on Saturday. Kevin Hayes scored one goal and added two assists for a three point night, while Chris Calnan did not register a point in the victory.

For the Fighting Irish, both Vince Hinostroza and Stephen Johns were minus-two in the game. Hinostroza scored one of Notre Dame’s goals, though.

The University of Michigan defeated top-ranked Minnesota 6-2 on their senior night. Michigan forward Tyler Motte had two assists for the Victors, while defenseman Justin Holl had one assist for the Gophers in defeat.